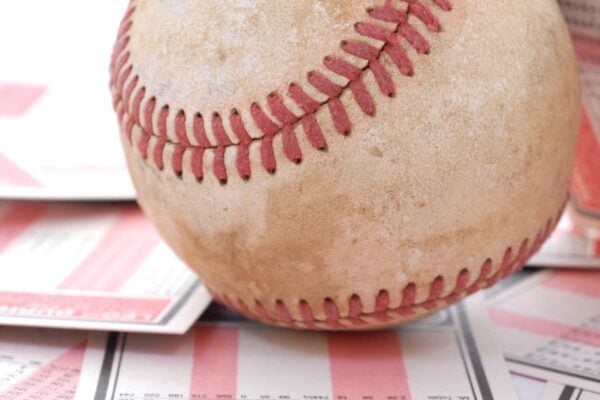 Four very unique sports figures traveled very different roads to greatness during the 1980s. The rookie cards of these four superstars have wide-ranging values between them, but they all did it with their own unique style, to say the least. If you were a young sports card collector at that time, it was wise to load-up on these 4 great rookie cards from 1980s sports icons.

The greatest hockey player to ever play the game will have an incredibly valuable rookie card, but what puts the Wayne Gretzky rookie card on a whole new level of value is the actual card itself.

The card manufacture was notorious for printing cards with rough edges and photos that were out of center. It’s estimated that only about 10% of the cards produced by O-Pee-Chee would hold a PSA 10 rating brand new right off the factory floor. Add 40 years of possible wear and tear, and you have a formula for a very rare asset.

Out of a few thousand Gretzky rookie cards graded by PSA, one of the leading authentication and grading companies, only 2 have received a perfect 10 rating. Not only that, but only 89 have even registered a 9 rating.

As great as “The Great One” was in his day, the extreme rarity of a perfectly conditioned card factors into the recent $1.29 million sale as much as any other factor.

In 1979, an entire box of O-Pee-Chee hockey cards cost $10 for 48 packs of hockey cards. Inside each pack is 14 cards making up the 672 card set. The recent million-dollar sale will definitely boost all Wayne Gretzky rookie cards value, even for lower PSA rated examples.

What makes the 1979 Topps year especially challenging to find in top rated form is the centering. For some reason, most of the Ozzie Smith rookie cards are found severely off-center, dropping the value for these cards significantly.

With the 1979 Topps Ozzie Smith rookie card the gold standard, there are also a few other cards to be aware of. The 1978 Family Fun Centers Ozzie Smith is selling for $500 – $600 currently.

The card was produced as a promotional giveaway the Padres issued the summer before Ozzie’s rookie season. There’s also a 1979 Hostess Ozzie Smith rookie card that’s especially hard to find in good condition.

After he was drafted 4th overall in 1983, Steve Yzerman became the Red Wings captain at age 21, and the rest is history. He led the team to three Stanley Cup championships and will go down as one of the great leaders in hockey history.

Yzerman would become a hockey Executive Vice President and General Manager of the Tampa Bay Lightning and Detroit Red Wings.

Even with the incredible career Yzerman had on the ice, he’s still working to cement his legacy as one of the greatest General Managers of all-time.

If he turns around the struggling Red Wings team and leads them to a championship, Steve Yzerman could become one of the most iconic hockey masterminds in sports history.

Some travel the road to greatness by their soft-spoken persona and incredible leadership abilities, like Steve Yzerman. And then there’s Barry Bonds.

It doesn’t really matter what your opinion of Barry Bonds is; he’s one of the greatest hitters ever to walk the face of the earth. The game of baseball may never see talent on the level of Barry Bonds again. All the controversy aside, he was captivating every time he stepped to the plate.

During a game against the Arizona Diamondbacks, Barry Bonds was intentionally walked with the bases loaded.

The score was 8-6 in the bottom of the ninth, and Arizona manager Buck Showalter decided it would be best to walk Bonds with the bases loaded and make the score 8-7, rather than pitch a ball anywhere near the strike zone, where Bonds might launch it into the Pacific Ocean for a game-winning grand slam.

If this doesn’t give the clearest example of the fact that Barry Bonds was the most feared hitter in the world, I don’t know what does.

Let me remind you that Barry Bonds is the all-time leader of home runs in baseball history with 762, passing Babe Ruth and Hank Aaron in the final few seasons of his career.

The controversy surrounding Bonds during the end of his career might make some baseball fans ignore his mind-blowing stats, and it seems baseball card collectors might be ignoring Barry Bonds rookie cards as well.

Values for his rookie cards are not as high-flying as one might think for an all-time home run leader. Maybe his fan popularity problems have something to do with this fact, or perhaps it’s because the card years for Bonds rookie seasons were produced in much higher quantities than, say, the early 80s cards.

The 1987 Fleer Barry Bonds rookie card is the most popular, with a glossy and base version printed for the year. With the recent sale of a PSA 10 Fleer glossy card for $700, that’s almost triple the standard Fleer card’s value, which is selling for $245. (PSA 10)

There have been 1,245 PSA 10 Fleer Barry Bonds rookie standard cards graded to date, while the glossy version of the card currently shows a population of 564 PSA 10s. If you’re looking for a great Barry Bonds rookie card to add to your collection, the glossy ’87 Fleer might be the best bet.