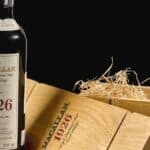 A bottle of Macallan 1926 whisky sets auction record with a sale of over $1.5 million in London. The sale was almost triple the estimated price for the bottle previous to the auction. Sotheby's held the Ultimate Whisky Collection auction where more than 460 bottles sold. The 60 year old bottle of Macallan broke a previous record of the most expensive whisky set by a 1926 … END_OF_DOCUMENT_TOKEN_TO_BE_REPLACED 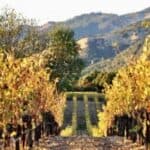 In the year 2000, a bottle of 1992 Screaming Eagle Cabernet sold for $500,000 at a charity auction making it the highest price ever paid for a single bottle of wine. Even considering the fact that the event was for charity, the price was nearly double the next highest price ever paid. What makes it one of the most sought after wines in the world? Quality vines in a location … END_OF_DOCUMENT_TOKEN_TO_BE_REPLACED

The Macallan 18 Year Old Vertical  Sotheby's will auction off the most valuable whisky collection ever later this month including over 460 bottles with an estimated value of nearly $5 million. It's called the "Ultimate Whisky Collection" by the owner, which is a single owner who has remained anonymous with only a few quotes as clues to their identity. “Having … END_OF_DOCUMENT_TOKEN_TO_BE_REPLACED 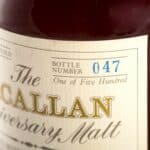 Prices for the top 50 vintage Whisky bottles rose to new highs in August according to Rarewhisky101 which tracks multiple price indexes in the Whisky market. The company not only tracks prices updated monthly but they also serve as consultants and offer brokerage services to whisky collectors, investors and drinkers. Chart and data from Rarewhisky101 … END_OF_DOCUMENT_TOKEN_TO_BE_REPLACED 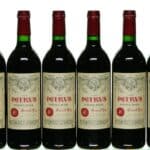 The Liv-ex 100 index for fine wine values increased in June for the first time this year. The Liv-ex indices track the prices of the most traded fine wines on the market. The top movers were Palmer 2009 and Lafite Rothschild 2010 along with Beaucastel and Clos Papes. 2009 Chateau Palmer Bordeaux Blend … END_OF_DOCUMENT_TOKEN_TO_BE_REPLACED