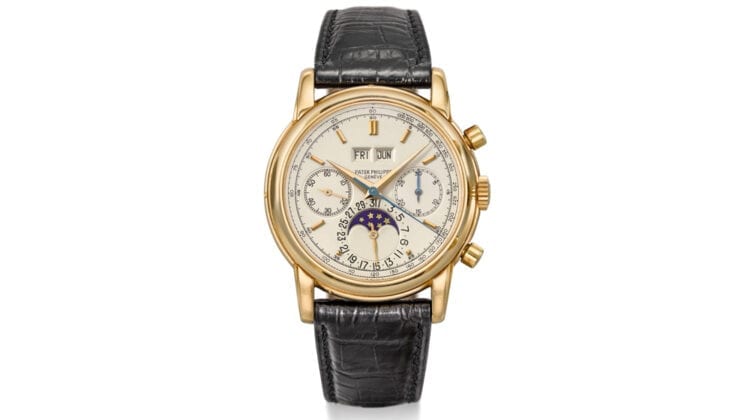 Christie’s is set to auction off a one of a kind Patek Philippe which hasn’t sold since the 1960s and has been owned by one of the most prominent families in watch retailing.

A first-series 18-karat-gold Patek Philippe Ref. 2499 wristwatch, purchased in the early 1960s by the late father of the present owners, is the top lot at Christie’s November 12 Rare Watches auction at the Four Seasons Hotel des Bergues in Geneva. The Patek Philippe ref. 2499 is considered the holy grail of watch collecting, and no other ref. 2499 retailed by the celebrated Patek Philippe dealer is known to exist. It’s expected to fetch upward of $1.6 million.