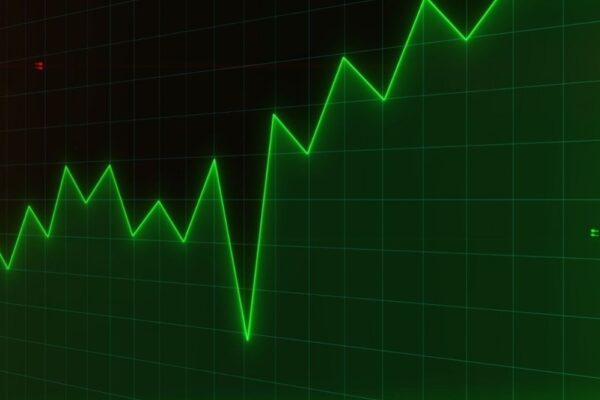 That’s correct, the CNN Money Fear and Greed Index is at 1, that’s one on a scale of one hundred. We are at an extreme fear reading on the index. For those of you who’ve been paying attention the last few weeks to financial markets around the world combined with the news of a global virus spreading at a rapid rate, you would be surprised at a score of 1 on the fear and greed index. What I wanted to do is actually take a closer look at the seven indicators making up the index to see just how much of an extreme reading we are dealing with and possibly put a few of them in a historical perspective.

This fear and greed index is not something to be used to make an investment or trading decisions, It’s merely a gauge to show some, not all, sentiment indicators relative to the last year or so, give or take. Like I always say, consult your financial planner, tax adviser, lawyer, mortgage broker, a divorce attorney, and your smooth-talking brother-in-law with an MBA before making investment decisions.

The current reading on the CNN Money Fear & Greed Index is at one. To put that into perspective, we registered a 97 on the index just a few weeks ago when the S&P 500 made all-time highs. That’s from 97 to 1 in about two months. One year ago, the reading was 60 on a scale of 100. The index should not be used for trading or investment decisions on its own, but the reason I like to look at it from time to time is the seven indicators it compiles. At best, it can be a useful tool for displaying where we are in those seven indicators relative to one month and even one year ago. Let’s take a closer look.

Market volatility gauged by the VIX reached 75 recently, these are levels that haven’t been achieved since the financial crisis back in 2008. October and November in 2008 saw a few of the highest closing readings on the VIX where it reached 80. Recently the VIX recorded the biggest point gain in a single day when it gained 21 points. A Bloomberg article following the skyrocketing VIX explained there’s never been such an extreme level reaching on the index without an immediate and sharp bounce in the market over the next day or two. In highly volatile markets, some traders forget that the VIX is only a measurement of the anticipated volatility priced into S&P 500 options for the next 30 days. Sometimes focusing on the next 30 days isn’t a long enough view, so you can expand your perspective by looking at the CBOE 3-month Volatility Index, the VIX3M, which measures volatility priced into the S&P 500 options for the next 90 days. When you compare the VIX to the VIX3M, you can identify times where sentiment is moving to extremes.

The CBOE 5 day put/call ratio has increased to the highest levels of the last two years. When the put/call ratio is high, it’s showing more put option buyers than call option buyers. Traders are buying more puts than calls because they are forecasting, or fearful, of a fall in the market and want to capitalize in that fall, or insure their long positions with puts. In December of 2018, the put/call ratio hit 1.82, which was the highest level of the last 23 years. Once again, extreme readings can be contrarian indications that we’ve reached a turning point. That’s something you’ll never know until it happens, but this is one vital reading to show where trader’s heads are at in this very moment.

The Yield Spread has also increased recently to indicate growing caution, or fear, of investors who demand a higher return for lower-quality bonds. The levels are still historically low but moving higher quickly.

The demand for bonds recently has shown money moving from stocks, which are considered riskier to bonds, which have historically been less risky. When there’s market turbulence, people want to move their money away from risky assets and into the less dangerous. The difference in the 20-day stock and bond returns can simply show the flow of cash into less risky assets over the recent past.

Stock price breadth is measured by the McClellan Volume Summation Index. This indicator measures advancing and declining volume on the NYSE. Over the last 30 days, 34% of the volume has traded in declining stocks rather than advancing stocks.

The S&P 500 is 20% below it’s 125-day moving average. The last two years saw the S&P mostly above this moving average almost the entire time, so this is a massive decline for this reading. Some would argue this is a reliable contrarian indicator where a bounce back is likely, but again you never know when, and if, this will play out in the future. It’s the fastest we’ve ever seen the market go from all-time highs to a bear market ( -20% ), taking just 19 days to do it.

Ok, one more indicator left, and it’s the new 52-week highs and lows on the NYSE. The chart looks similar to the one above it where many stocks are hitting their 52 low price, and not many are making new highs. This indicator seems a bit redundant in a significant decline like we’ve seen but can be a contrary indicator at some point.

Again, this fear and greed index is not to be used for market timing, trading, or any other investment decisions. It’s a gauge to show where we are at this point and time relative to the last year, give or take. So what should you do with the fear and greed index at 1? It’s just another data point to consider, nothing more, nothing less. Don’t let anyone tell you differently. These things cannot predict the future. Like I said before, of course, always consult your financial planner, tax adviser, lawyer, mortgage broker, divorce attorney, and your quick-talking brother-in-law with an MBA before making investment decisions.