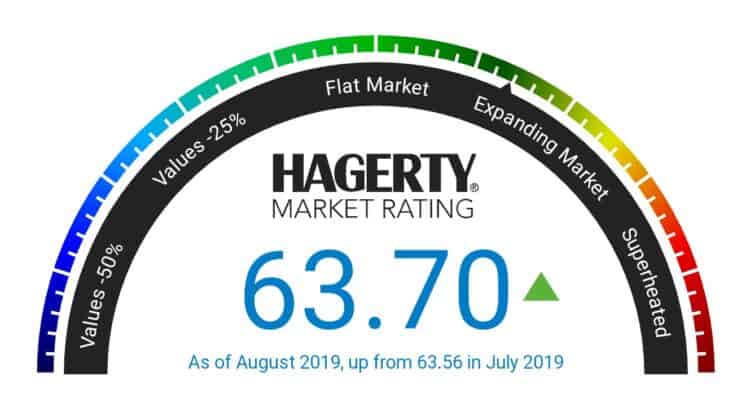 The collector car price index over at Hagerty had a small increase in August, which was the first rise in the last four months. The median sale price during the month decreased, but what drove the index higher was the increase in the number of cars sold. The Hagerty report for August also indicates owners of mainstream and high-end vehicles who believe values are rising has trended down all year and continued in August.

There was a large number of high dollar auctions in Monterey, which took place in the last half of August, which are not included in this month’s report but will be reflected in the September report. It should be interesting to see next month’s report as to how these large auctions figure into the broader trends. Visit Hagerty.com to view the full report and tons of historical data in the collector car market.