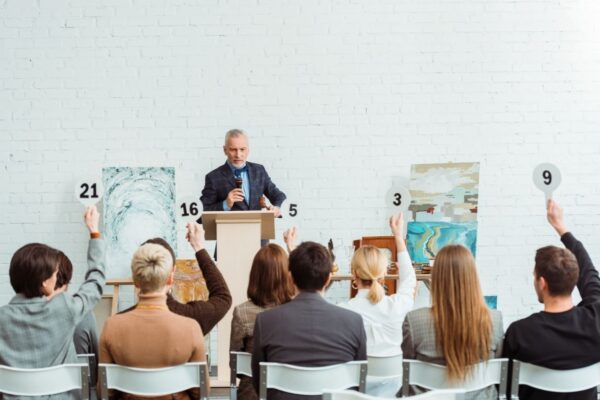 One of the most influential British artists of the 20th century, David Hockney, has increased his net worth just a bit more recently. The value of his paintings has skyrocketed over the last few decades, breaking records for the most expensive paintings to sell at auction by a living artist.

With the recent sale of “the Splash” for $30 million, Hockney added to his enormously popular and expensive paintings. His painting, “Portrait of an Artist (Pool with Two Figures)” from 1972, sold at a Christie’s auction for $80 million in 2018.

Hong Kong billionaire Joseph Lau recently sold a David Hockney painting for $30 million at a Sotheby’s auction in London. Joseph Lau purchased the painting in 2006 for $3.7 million. Lau is the controlling shareholder of property developer Chinese Estates Holdings which builds, owns, and operates shopping malls and housing projects. His net worth is estimated to be around $8 billion. He’s known for his art, jewelry, and wine collecting; purchasing works by Andy Warhol and Paul Gauguin.

The buyer of the painting was media mogul David Geffen, who had owned the painting decades ago until he sold it in 1985. Geffen also recently sold his Los Angeles home to Jeff Bezos for $165 million, making it the most expensive residence in L.A.

It’s not only that David Hockney net worth has benefited from these record-breaking sales, but his legacy also grows as one of the most prominent and respected artists of the 20th century.

Hockney painted “The Splash” in 1966 and is the second in a three-part series of works with the same theme. The incredible use of bright colors is a trait of Hockney from his time in Los Angeles, where he describes almost as a dreamland that he discovered. In the video below, you can tell that Hockney loved his time in L.A., and it greatly influenced much of his artistic expression.