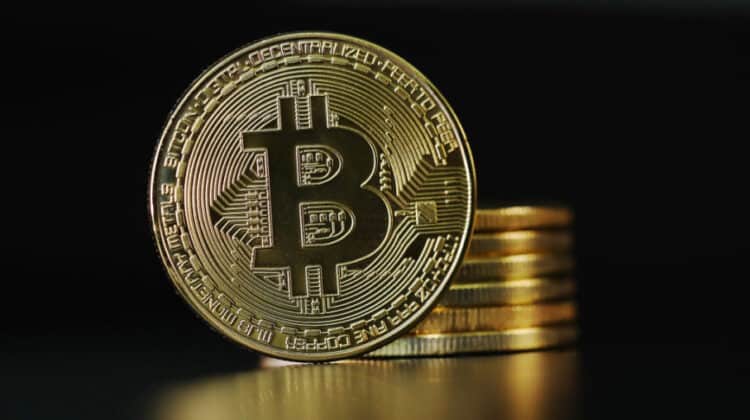 Bitcoin has been around now for over ten years, which is pretty amazing when you consider many people either haven’t even heard of it or still don’t understand what it is. The fact that it seems to be a polarizing topic when brought up for discussion is a signal for me to investigate further and try to go inside Bitcoin beyond the headlines.

Way back in August of 2008, the domain name bitcoin.org was registered, and the identity of the person who recorded it was protected from public information. Later that year, in October, there was a paper published by someone going by the name Satoshi Nakamoto claiming that they had been working “on a new electronic cash system that’s fully peer-to-peer, with no trusted third party.” This paper would become the guide going forward for how Bitcoin operates. The link is still active, and you can read the entire white paper and go inside bitcoin here https://bitcoin.org/bitcoin.pdf

January of 2009 saw the first Bitcoin block mined, labeled Block 0, or the “genesis block” containing the text, “The Times 03/Jan/2009 Chancellor on brink of second bailout for banks.” The newspaper headline embedded in the genesis block served the purpose of a time stamp but also implied the disruptive concept of Bitcoin over the global financial system. If Bitcoin were to gain enormous popularity, it would be at the expense of banks and governments and the control they have over money.

Prices of Bitcoin have been booming and busting since it’s creation. The price for a single Bitcoin started at just a fraction of a cent. (U.S.) By the year 2010, it had begun to increase significantly where in July it increased tenfold in 10 days to .08 USD. Midway through 2011, prices climbed to $31.91 before falling back to $10 after the first theft occurs and a security breach where usernames and passwords are stolen from the MtGox database. Days later, thousands of coins are stolen from accounts through MyBitcoin, which sends prices crashing.

2013 saw prices rise from in the $20’s to over $100 per coin by April and then to over $1,000 by November when game creator Zynga announced they would accept Bitcoin on their app. Early in 2014, prices dropped to $40 after one of the largest bitcoin exchanges, Mt. Gox, suspended withdrawals because of technical issues. Also, around the same time, the vice-president of the Bitcoin Foundation was arrested under money laundering charges.

2015 began with a big announcement when Coinbase raised $75 Million as part of their Series C funding round to continue to build out their exchange. Prices began to rise again, reaching $260 while merchants were continuously adding acceptance of Bitcoin payment, roughly 160,000 merchants were estimated to accept the coin for payment. By January of 2017, exchange trading volumes continued to increase, and the price of bitcoin rose above $1,000 again. By June of 2017, the price hits $3,000, September over $5,000, and November it doubles again to over $10,000. The month of December 2017 saw prices nearly hit $20,000 as the CBOE options exchange began offering bitcoin futures allowing investors to speculate about the rise and fall in bitcoin prices.

2018 saw bitcoin prices plummet from the highs of late 2017. Throughout the year, prices fell back to under $4,000 per coin. Positive announcements such as Facebook bringing their own cryptocurrency to life helped Bitcoin roar back into 2019, where prices are above $10,000 again. Inside bitcoin, the volatility is something fans, and critics are both getting accustomed to.

The Bitcoin doubters and skeptics are everywhere you turn. The biggest concern of bitcoin has been it’s the risk of fraud where scammers may attempt to sell false bitcoins. The market risk of prices rising and falling quickly has people questioning how you could accept Bitcoin as a form of payment when the price swings are as large as they’ve been.

How could you expect people to make payments with bitcoin when there are uncertainty and a feeling of instability from day to day. As prices rise, the financial news media wants to get everyone’s ‘takes’ on if the price rise can continue. Some of the most prominent critics of Bitcoin are wary of it’s uses as a means to criminal activity. The use of Bitcoin for black market transactions, money laundering, illegal activities, and tax evasion is a primary concern for regulators and governments around the world.

Bill Gates has been quoted as saying, “The main feature of cryptocurrencies is their anonymity. I don’t think this is a good thing. The Governments ability to find money laundering and tax evasion and terrorist funding is a good thing. Right now, cryptocurrencies are used for buying fentanyl and other drugs, so it is a rare technology that has caused deaths in a fairly direct way.”

Others have been much more blunt in their opinion. Charlie Munger, who is never at a loss for words on his investing philosophy, has been quoted as saying, “I never considered for one second having anything to do with it. I detested it the moment it was raised.” Later he would go on to comment, “It’s just disgusting. Bitcoin is noxious poison.” While Munger’s partner Warren Buffett would say, “People get excited from big price movements, and wall street accommodates… you can’t value Bitcoin because it’s not a value-producing asset.” It’s a “real bubble.”

Former chairman of the Federal Reserve Ben Bernanke was quoted as bluntly saying, “Bitcoin is an attempt to replace fiat currency and evade regulation and government intervention. I don’t think that’s going to be a success.”

Other than the mysterious Satoshi Nakamoto, whose identity is unknown, there’s a handful of major players in the Bitcoin world who are becoming superstars as crypto interest grows and the price of Bitcoin rises.

Barry Silbert is CEO and founder of Digital Currency Group. The company’s mission is to accelerate the development of the global financial system by supporting and building Bitcoin and blockchain companies. Inside bitcoin circles, Barry’s nickname is, “The King of Crypto.” It comes from his firm investing in over 100 Bitcoin-related companies. His net worth is estimated to be $400 – $600 Million on some accounts, while others estimate it to be over $2 billion.

Jihan Wu is one of the co-founders of Bitmain, the world’s largest crypto mining company. He’s also a supporter of Bitcoin Unlimited, a solution to solve Bitcoin’s scalability issue. Jihan Wu controls AntPool, which holds the largest hash rate distribution among mining pools currently mining over 16% of all blocks making him highly influential in the Bitcoin world. His estimated net worth is over $2 billion.

Brian Armstrong is co-founder of the cryptocurrency exchange Coinbase. With over 20 million users and generating $1.3 billion of revenue this year, Coinbase is at the heart of the crypto world. If Bitcoin is to change the way the world thinks about money, then Coinbase is positioned to be at the center of the tidal wave. Armstrong’s net worth is estimated to be over $1 billion.

Nick Szabo is a cryptographer, legal scholar, and computer scientist well known for his work in digital contracts and digital currency. He was also part of the pre-bitcoin community known as the Cypherpunks. Szabo designed “bit gold” in 1998, which is now known to be “a direct precursor to Bitcoin architecture.”

One of the biggest mysteries inside bitcoin and the crypto world is the identity of a mysterious figure who wrote under the name Satoshi Nakamoto who’s credited as creating bitcoin in 2008. Although Satoshi’s identity is still unknown, there’s been speculation that Nick Szabo is Satoshi. A New York Times article once wrote on the true identity of Satoshi as “the most convincing evidence pointed to a reclusive American man of Hungarian descent named Nick Szabo.”

What’s next for Bitcoin is anyone’s guess and subject of much debate. You can find so-called experts on both sides of the trade claiming to know values will absolutely crash and go to zero or rocket straight up to be the next global currency. There have been dozens of new cryptocurrencies launched as competition to bitcoin with slight twists claiming each one superior. Litecoin, Ripple, MintChip, and Ethereum are only a few alternatives to Bitcoin.

The impact bitcoin could have on the future of money is in question. What’s very real today inside bitcoin is the amount of money and resources going into the technology, services, and platforms in the cryptocurrency world. Billions of dollars are being deployed in a high-steaks bet to develop a market that didn’t exist just a few years ago. Following along with the rise and fall of bitcoin over the years has been super interesting and thought-provoking. Still, my bet is that the future of bitcoin will be exponentially exciting.