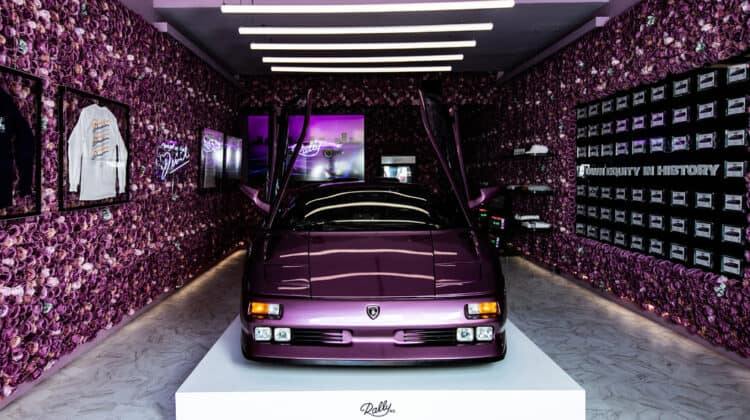 Rob Petrozzo, co-founder of Rally Road was on ‘Off The Chain’ recently, a podcast for crypto-currency enthusiasts. Rob gives great insight into initial concepts behind the idea of Rally Road and where the company is heading. As co-founder, one thing Rob focuses on is designing and delivering the very best user experience to the platform. Rob also communicates a few aspects of the company I had not realized before listening to this podcast. It’s a fascinating conversation going inside fractional ownership with Rally Road co-founder Rob Petrozzo.

The podcast is hosted by Anthony Pompliano who is a co-founder and partner at Morgan Creek Digital, an investment firm focused on digital assets. Although Rob is not involved directly in the crypto industry, as a fractional ownership company Rally Road is structured for potential future crypto integration.

How They Developed The Idea

Rob discusses how the idea of Rally Road came about with his two other co-founders back in 2015 and 2016. One of the motivations for starting the company was the realization that tangible assets were something wealthy people held during tough economic times while others might panic and sell out of traditional equity investments. Watches, wine collections, cars and other collectibles were something they wanted to offer by turning them into stocks.

He tells a story about his co-founder Chris, where years ago he was making a decision to buy a house or buy a classic car that he really loved. As he asked for advice, the overwhelming feedback was to buy the house because of it’s rock-solid investment performance. Fifteen years later the house has no change in value while the car he considered buying has increased ten-fold. The realization that classic cars had actually outperformed many other investment classes over long periods of time began the journey to creating Rally Road. Chris and Rob considered if they could actually turn expensive, blue-chip classic cars into stocks they could offer something that’s never been done before.

From Idea to Platform

To figure out the mechanics of this idea was no easy task. Packaging the concept so users felt confident depositing their money was going to be a huge challenge. Maybe a bigger challenge was meeting investment regulations and dealing with the Securities Exchange Commission. It literally took the team years of back and forth with their lawyers to iron out the basic framework and structure.

Rob explains one of the biggest challenges early on was how to get people to invest in something that’s not a stock – through an app on your phone.

They discuss how the initial offerings works on the app. There’s a cooling off period just like a traditional IPO on a stock exchange. After the 90 day lock up period there are ‘trading windows’ through traditional broker-dealers where shares can be sold and bought at a bid and ask price. This is an important feature in my opinion because the investor has the ability to exit the investment once a month if desired. A somewhat liquid investment without Rally Road needing to sell the entire vehicle is a key component of this structure.

Another point Rob touches on is why the Rally car prices do not ‘trade’ continuously, like bitcoin for example trades around the clock seven days a week. He hints at growing the community slowly and educating users on what’s happening during the trading window. As the community grows i’m sure there will be a need to trade shares more frequently. For now it seems the Rally team is looking for price stability over potentially volatile price movements that could result from trading too frequently.

The podcast includes details on how items are sourced and vetted to be offered for investment. Rob explains the enormous risk and costs associated with buying and selling a collector car in the traditional system. The present day collector car auction market is full challenges that make the process very expensive, and therefore “closed-off”, as Rob explains.

Rally has become an alternative to the auction market for existing collectors looking to sell their cars. I think this is an important point that is not well understood. Rally Road has the ability to attract the highest quality sellers and the most desirable collector cars. Their process for procuring these assets is much more efficient than the traditional auction system in place today.

Rally Road also purchases up to 10% of each offering on the platform with cash and they cannot sell until an exit occurs. This aligns the company with investors perfectly because of the desire to source the absolute best possible asset. The company is holding a relatively large stake in every asset and they have incentive to see a successful investment from start to finish, however long of a time period that may be.

The Future of Fractional Ownership

The podcast covers a number of interesting aspects of Rally Road that I found fascinating. Anthony and Rob discuss where Rally is heading in the future including retail spaces they call ‘living museums’ and how the company may be able to offer ‘dividends’ on an individual asset. They also discuss potential future categories the company might offer. Rob calls this category “intangibles” such as backing individual artists, musicians and athletes. Check out the full podcast episode for much more on Rally Road and the exciting things the company is developing.