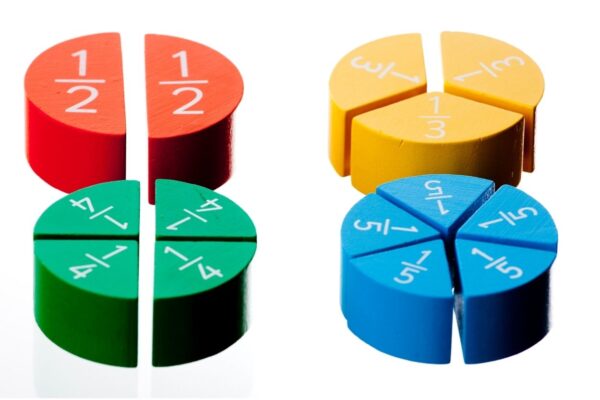 If you call yourself an investor or collector and haven’t investigated Rally yet, it’s time. Interested in fractional ownership and alternative asset investing, but not sure where to start? Start with Rally, they are the clear frontrunner in the space, and it seems they are extending their lead on a daily basis.

The number of new and original offerings has been increasing significantly, leaving the competition in the dust. The company continues to offer compelling and unique items for investment while adding to its existing categories. For example, their first offering of a historic musical instrument occurred this week with an Eddie Van Halen concert-played autographed guitar.

For collectors and investors alike, Rally is the company you wish you started. Explain the Rally concept to almost anyone, and after two minutes, their response is usually, “wow, that’s so cool.”

As a Rally user over the last few years, I continue to be impressed. Unique offerings flow week after week, and the company seems to be led by co-founders focused on the vision they set out from the beginning. Not only that, but the Rally folks are fully armed with financial backing from some of the best and brightest investors out there.

Give me something original, something fresh, something totally unique. The world thirsts for extraordinary and uncommon perspectives and ideas. Are you following along with the crowd, or are you blazing a trail for the others? Rally has been trailblazing through the landscape where fintech, investing, and collecting intersect from day one.

If you want unique and never-before-offered items, Rally has you covered. Coming soon is a 120-inch Mosasaur skeleton, one of the most complete skeletons of its kind ever dug up. Now you can own a piece of it.

The company initially began offering fractional share investing in collector cars. It was great foresight to begin with cars; the concept was something early users could easily get their heads around. But the goal, at least since I can remember, always was to expand into additional categories beyond cars.

Now, Rally has made good on its promise to expand its lineup of unique offerings and one of a kind items. New assets in rare books, comics, fine wine, sports cards, memorabilia, and watches appear every week. And they continue to shock users by finding never-before-offered items such as an original 1976 Apple I computer, an actual Triceratops skull fossil, and spacecraft parts from NASA that have been to the moon and back.

Rally has clearly set itself apart from the rest of the pack regarding fresh and diverse offerings on the platform. They obviously understand the importance of leading instead of following. If you want to find out what the limits are in fractional ownership, keep watching Rally in the months and years ahead.

When getting behind a brand, platform, or product, you eventually want to learn about the founders and how their ideas became a reality. Rally co-founders Chris Bruno and Rob Petrozzo have articulated their journey over numerous interviews and podcasts.

What separates great companies from good companies? You can go ahead and pull that copy of “Good to Great” off the bookshelf behind you and start fumbling through 200 pages of tired, archaic, and cliched business advice or I can save you the hassle. Successful companies have the ability to connect with their customers better than the competition.

If you’ve ever had the privilege to see a charismatic and unique business leader operate up close and personal, you know what special gift I’m talking about. It’s not a sales tactic, technique, or “pitch.” At least in my experience, authenticity is what people will latch onto because it’s so difficult to find – and memorable once you find it.

I’ll go out on a limb and say one of the biggest reasons for Rally’s success is the connection the co-founders Chris Bruno and Rob Petrozzo are able to make with Rally users. They’ve appeared on numerous podcasts over the last few years, and the duo’s likeability is off the charts. There’s something very authentic about Chris and Rob’s story.

Please don’t take my word for it; go ahead and listen to the interviews yourself. It’s not hard to determine why these two founders have raised almost $30 million from some of the most prestigious players in venture capital.

It turns out I have something in common with famous (self-proclaimed) VC investor Jason Calacanis. Just like him, I missed out on investing in the Rally platform early on. A few years ago, Calacanis interviewed co-founder Chris Bruno on the “This Week In Startups” podcast.

As the interview progressed and Calacanis learned more about Rally, he became increasingly frustrated that he was not an investor in the company. Just like big-shot-Calacanis, I, too, was kicking myself. But I never got the call, either. I would have loved to get in on that Series A round. Of course, it’s easy to say that now in hindsight, but I’m guessing the early investors are very pleased with their investment in the company.

A handful of lucky folks did get behind the Rally founders early on. Upfront Ventures, Eli Broverman at Betterment, and Anthemis were some of the earliest backers. There’s a handful of others, but a few more names stand out as great strategic partners for Rally.

The venture investing arm of Porsche is now backing Rally, which is pretty intriguing. I’m no VC guru, but there’s got to be some interesting synergies down the road for that partnership. I also remember hearing co-founder Chris Bruno discuss how his favorite collector cars were the old Porsches, so that’s got to be exciting to now have them as an investor in his company.

I also really love to see Howard Lindzon and his company Social Leverage backing Rally. When it comes to being unique and authentic, I can’t think of many people in tech-land that have done that better than Howard over the last ten or so years that I’ve been following him. Whether you like him or not, he’s always insightful and seems to be transparent with his investing and market opinions, which I really appreciate. I’ve gained tons of value by following Howard over the years, and I’m sure the Rally team also has.

The Ones That Got Away

Investing and collecting is enjoyable to many people, not only for the items you’re able to collect but also for those that got away. Veteran collectors and investors have countless stories of missed opportunities, botched deals, and bad timing. It’s what keeps us coming back for more, trying, again and again, to get our hands on a piece of the next gold nugget.

Surprisingly, some of the most fun I’ve had on Rally has been in the challenge to “get in” on a great deal. First, you need to understand that you are competing for an asset with a fixed number of shares available. The more desirable and unique the asset is, the more people will be lined up, ready to pounce. Just because you see something you might want to invest in on the Rally app, there is no guarantee you will actually acquire a share of that item once it’s offered.

Sometimes the one that got away turns out to be a sale you wish you had back. No different on Rally, where investors exited their Michael Jordan rookie card with an 80% gain. The card would go on to gain another couple hundred percent since then. Never look back!

This might be frustrating to some, but personally, it’s one of my favorite aspects. As the Rally app gains in popularity, there can be an incredible demand for certain offerings. I can think of at least a dozen items I’ve missed out on because of bad timing, or I wasn’t paying close attention.

For example, the Ty Cobb “T206” card offered not too long ago for $32,000 is going to haunt me for a long time. I’ve missed on a Michael Jordan rookie card because my AT&T service was bad. Stuck at airport security and fumbled my planned purchase of a pair of Zion Williamson sneakers, and somehow forgot to buy a Steve Jobs signed Mac computer. That’s the thrill of the chase, and there are no guarantees. As Rally grows its user accounts, you’ll need to be on your toes and quick on the draw for shares.

Are We Allowed To Have Fun Now?

Maybe you’re out to become the next Paul Tudor Jones or build the next Bridgewater hedge fund behemoth. That’s great if you’re strictly focused on returns and profit. You may have already done extraordinarily well investing on the Rally platform. But others are out to maybe make some money and have a whole bunch of fun while doing it.

Do you think he’s having any fun? Tweets like this have been a growing occurrence lately, and you gotta love to see it. Collecting, investing, and having a great-damn-time while doing it. The folks at Rally are keeping their users happy with an ever-increasing stream of unique offerings and trading windows.

It’s history, nostalgia, community, friendship, and enjoyment, just to name a few. One of the cool things to see as Rally grows in popularity is that most of the people involved sure seem to have a lot of fun. From an outsider looking in, it seems we are still only at the beginning of the Rally journey.