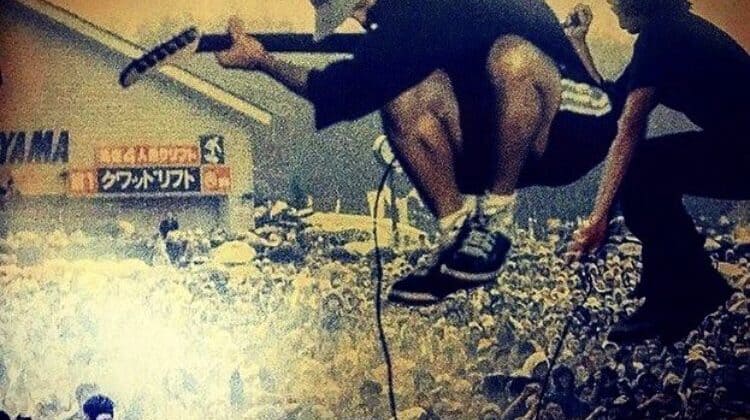 I was thinking about how up-and-coming music artists make money these days, and I started investigating the SoundCloud monetization service. It’s been around for a few years but by invite only and in beta form. Recently, SoundCloud stepped it’s game up and launched its direct monetization program, open for everyone, and it’s gaining momentum.

Not only is there SoundCloud monetization, but many new ways now exist to monetize original music for artists. There’s also an enormous opportunity in the not so distant future for fans and investors, which might blow your mind when you hear about it.

How to Monetize SoundCloud

The basics are pretty simple when you decide to make money with your original music on SoundCloud. First, you will need to be an independent creator with an active Pro account and have a minimum of 5,000 plays over the last month. Artists need to be a minimum of 18 years old, and you’re not allowed to have copyright strikes against your account. You can monetize original content only, but you will retain all rights to the music.

Soundcloud monetization currently boasts one of the highest revenue sharing percentages of any other service at 55%. Payouts are made directly to your PayPal account monthly. For all SoundCloud Pro accounts, the monetization feature is completely free. It’s available instantly, and you can begin earning with your previously uploaded tracks. One thing to keep in mind, the payouts begin from plays only after you sign the SoundCloud monetization agreement. You won’t earn anything off previous plays.

How Much Does SoundCloud Monetization Pay?

So how much can an artist make with SoundCloud Monetization? It depends. SoundCloud boasts one of the highest percentage payouts of 55%, but the payout system is based on the money made from advertising and subscriptions. So, SoundCloud needs to make money for the artist to make money. And that income will vary from month to month, even if you have the same number of plays. This is different from Spotify and Apple Music, where negotiated amounts are made with labels to pay a flat rate.

The new SoundCloud “Premier” service is great because many independent musicians already have their original music uploaded to SoundCloud. They just haven’t been getting paid for it yet. Now, in less than 15 minutes, artists can sign the agreement and instantly start monetizing their tracks. You can even use the new “Promote” service to get your tunes in front of new fans. Full analytics and stats for each of your tracks, and complete royalty and payment reports all from your SoundCloud Premier account.

Get Ready to Invest in Your Favorite Musical Artist

I told you there’s something that might just blow your mind, and it wasn’t the details about SoundCloud monetization. It’s this – Someday, in the near future, you might have the ability to invest in your favorite musical artist. Whether they are an up-and-coming star on SoundCloud you really love, or a YouTube hit starting to gain traction and racking up thousands of views. You’ll be able not just to support your favorite artist, ala crowdfunding sites like Indiegogo or Patreon – you’ll be able to invest in them much like a stock and reap the rewards along with them as they gain popularity and success.

I first heard this concept mentioned in a podcast interview with Rally co-founder Rob Petrozzo in late 2019. The idea has been stuck in my head ever since I heard Rob bring it up. Toward the end of the interview, Rob mentions where he thinks fractional ownership and fractional investing will be ten years from now. He goes on a rant about ‘Intangibles’ that really blew my mind. Something I definitely didn’t have on my radar at the time, but now makes so much sense.

Coming from the music industry himself, Rob discusses how artists will be able to “set the price on their own work or equity” and “take out a service layer that lives in between fans and the things they care about.” There’s so much to this concept, and I’m not anywhere near grasping all the directions this idea could go. But investing in a great new band you saw in a tiny bar somewhere, only to have them turn into the next Tom Petty and The Heartbreakers, over the next thirty years, would certainly produce an enormous financial gain. It would also legitimize the famous claims people love to make, “I was their biggest fan before they were big.” In the future, you’ll have the stock certificate on your phone to prove it.

Not only have I discussed how artists have the ability to make money by the latest and greatest SoundCloud Monetization service, but I’m also tipping you off as to where the music business might be heading as it intersects with fractional share ownership and investing companies. I’m not finished. There’s more good news. One of our favorite fractional share investing companies, Rally, has just raised $17 million in financing, where they will now have the ability to go beyond their current asset types.

We’ve spent the last year unlocking the collectibles space and giving our members access to truly one-of-a-kind items for the first time. With the investment, we’re doubling down on additional asset classes as well as expanding beyond the things you can see, touch and feel, including intangible assets that have never before been available to most investors.”

Less than one year after I heard Rob discuss “Intangibles” as a future marketplace Rally has in its sights, he’s now in a position to attain it. It was an incredible concept he laid out and even better execution over the last year. Well done, Rob.

Whether you’re a struggling musician trying to pay the rent or a rising star with millions of downloads, the SoundCloud Monetization program is another great example of the much-needed “cutting out of the middle man” in the music business. If you’re a fan of great artists, and maybe feel like you have a certain “knack” or instinct for finding the next big thing, companies like Rally are determined to make the connection.

Listen to the full interview between Anthony Pompliano and Rally Co-founder Rob Petrozzo – from way back in October of 2019 – embedded in the audio player below.