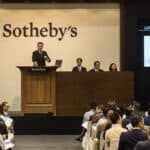 Arizton Advisory and Intelligence put out their report on the art auction market recently, and there are a few interesting points worth considering. In the report, they lay out the argument for why they expect the art auction market to grow to $38 billion by the year 2024. They also list geographic profiles and the significant vendors likely to play a large part in market … END_OF_DOCUMENT_TOKEN_TO_BE_REPLACED 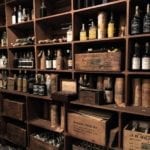 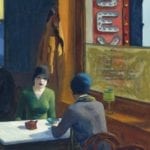 A painting by Edward Hopper sold at a Christie's auction for $92 Million to an anonymous buyer in New York last week. It's a record sale for the artist and a new record for the American Art category.  It was a total of $318 Million for the night in sales, which included many notable pieces. Jackson Pollock's 'Red Strokes' went for $55 Million, Joan Mitchell's '12 Hawks at 3 … END_OF_DOCUMENT_TOKEN_TO_BE_REPLACED 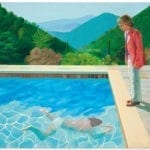 David Hockney's Portrait of an Artist ( Pool with Two Figures ) from 1972 sold for $90 Million at Christie's auction in New York. After nine minutes of bidding, the sale sets a new record for the highest bid for a work by a living artist. The previous record by a living artist was for a 2013 sale of "Balloon Dog" sculpture by Jeff Koons for $58 Million. The Seller of the … END_OF_DOCUMENT_TOKEN_TO_BE_REPLACED 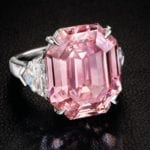 Auction houses Christie's and Sotheby's are set kick off massive jewelry auctions in what could be a record week of sales. Sotheby's has the royal jewels of the Bourbon-Parma family including pieces owned by Queen Marie Antoinette which is being made public for the first time in 250 years. Christie's is selling the "Pink Legacy" diamond which could go for as much as $50 … END_OF_DOCUMENT_TOKEN_TO_BE_REPLACED