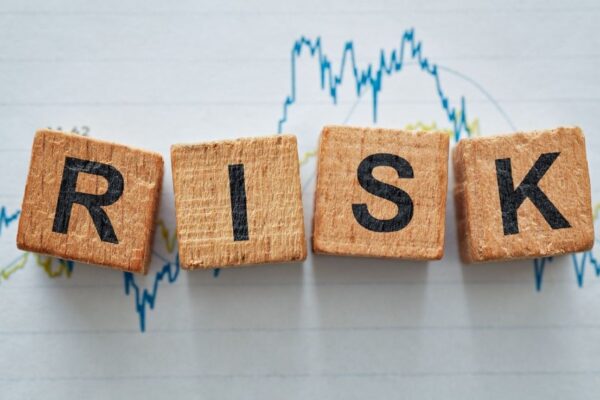 If you are searching for a unique approach to capital allocation, money management, markets, and investing, look no further than Mark Spitznagel. If you’re curious about how business and investing relate to nature and the survival of complex systems, you will find thought-provoking concepts you may have never pondered until now.

Hardly a household name, Mark Spitznagel, flies under the radar. Still, his name is usually mentioned every few years throughout the financial news networks with a mind-boggling statistic attached to it. “Spitznagel Fund Returns 4,000% in the First Quarter” is a headline you might see scroll past your Twitter feed. Most people would simply keep on scrolling, “must be a typo,” they would probably think to themselves. This is not a typo but a natural result of following the wisdom and properties which have survived for thousands, if not millions of years.

Who Is Mark Spitznagel?

While most people search for immediate gains and instant gratification, Spitznagel is looking in the opposite direction. Through ancient Chinese Daoist concepts and Austrian investing techniques, he’s defined his investing approach by taking the road less traveled, or as he would simply say, following a “roundabout” path. Many would regard Universa as the first tail-risk hedge fund for the institutional investor.

Spitznagel was introduced to markets through a family friend who worked at the Chicago Board of Trade. Everett Klipp was known as the “Babe Ruth” of the CBOT and would mentor Spitznagel in the hard lessons of trading in the “Pits.” He would later move on to Morgan Stanley, where he would work as a Proprietary Trader in New York.

Spitznagel established Empirica Capital in 1999, along with Nassim Taleb, one of his professors at NYU. Later, Spitznagel would start Universa but retain the relationship of Taleb, who would remain an advisor.

The roundabout path is a central concept that Spitznagel discusses throughout his book, “The Dao of Capital.” By focusing on the long-term and dismissing the need for an immediate payout, battles are won, capital is allocated more responsibly, and species survive the harsh laws of nature. Spitznagel gives many examples of using a roundabout way of thinking. Once you fully grasp the concept of the roundabout path, it’s hard not to find its existence all around you.

Nature provides wonderful examples of long-term, roundabout paths. Entire forests are constantly developing and competing for survival by applying roundabout methods. Mark Spitznagel uses the example of how conifers compete with angiosperm, a faster-growing flowering plant. By their slow initial growth relative to the angiosperm, conifers fall behind in stature but develop strong roots and thick bark in the process.

With these strong, deep roots and protective bark, conifers eventually grow taller and live much longer than the competing angiosperm. By taking the roundabout path, conifers are awarded advantageous positioning in the forest where they can gain not only access to sunlight and water but also favorable positioning when the opportunity presents itself to spread their seeds.

Short Term Loss to Gain Much More in the Future

In addition, the conifer’s ability to grow on rocks and areas where other plants can’t survive gives the species a defensive position. Then, when wildfire strikes, the conifers send their seeds through the wind to claim the newly cleared ground. It’s nature’s way of using roundabout methods to compete for survival and explains many of the reasons the conifers (firs, pines, and spruces) are the oldest tree species on earth.

Entire societies were based on the concept of roundaboutness, or short-term loss to gain a much more advantageous position in the future. The Chinese philosophy of Daoism explains the greatest path is through its opposite.

Gaining by losing, losing by gaining. Doing by not doing. Yielding to exploit your opponent’s energy. Waiting to attack an enemy until a position of greater advantage is secured. These are all fundamental concepts used by Daoists showing a recurring and roundabout theme.

The Austrian Way of Thinking

By accepting initial losses and setbacks to make progress in the distant future, the roundabout path can be applied to business, economics, and investing. Patience, and the understanding that the market is a process, provide a framework for Austrian investing. Achieving balance and allowing systems to self-regulate when those systems become unstable is another pillar of the Austrian school of thought.

You can already begin to see how the Austrian way of thinking might have a problem with intervention in markets and the economy by such forces as the Federal Reserve and Central Banks. They are a strong believer that the distorted world created by the Federal Reserve is unstable and will lead to a historic global financial bubble.

One of the arguments the Austrian school presents is that the need for instant gratification produces imbalances in markets and our economy. Elected officials focused on the near-term will favor distorting markets if there’s an immediate benefit, and the long-run effects will be dismissed.

Oftentimes, human nature reverts toward easing the immediate pain of any economic crisis without evaluating or even considering repercussions or long-term effects. Spitznagel argues, through his Austrian-based way of thinking, that this is a time when you want to avoid markets because of the instability created by artificial forces.

Manging his investment firm, Mark Spitznagel attempts to avoid the risks associated with markets that have been distorted by central banks and other outside forces. Knowing that distorting systems’ natural effects lead to instability and eventually a crisis or a crash, Spitznagel clearly defines actions he can take to manage this reality.

One of the primary objectives he focuses on at Universa is a risk mitigation strategy to avoid large losses from unforeseen events, or “Black Swans.” Spitznagel argues that “what matters the most to one’s rate of compounding isn’t the small losses, isn’t the small gains, it isn’t even the big gains, it’s the big losses. When it comes to risk mitigation, it’s the largest losses; they’re essentially all that matters.”

A solution to this problem of potentially large losses is something Spitznagel has called “explosive downside protection” in stock market investing. In a Vanity Fair interview published in February of 2020, Spitznagel elaborated on how Universa attempts to provide his clients with this sort of insurance to market crashes. Purchasing put options with a tiny percentage of his portfolio, which are far “out of the money” and therefore inexpensive, provide this explosive protection.

Universa measures risk mitigation performance by the impact on the compound growth rate of an entire portfolio. Spitznagel stresses that his goal of risk mitigation is not to negatively impact the overall return of the end user’s entire portfolio but to enhance it. In a recent letter, he wrote, “…if a risk mitigation strategy merely slashes a portfolio’s risk at a cost of growth of capital in that portfolio…then it was simply ineffective and probably not worth doing.”

He continued, “After all, what was the point? The goal of risk mitigation must be to achieve the portfolio effect of raising the compound annual growth rate (CAGR), and thus the wealth in the end user’s entire portfolio, by mitigating risk in that portfolio.”

Spitznagel, along with Universa advisor Nassim Nicholas Taleb, argue that many hedge funds and money managers are not equipped to manage risk because they don’t focus on, or even admit to, the possibility of a crash. Universa is primarily focused on managing the possibility of a crash or tail risk, therefore avoiding the large losses that can decimate portfolios. This is a difficult task, but one that Taleb and Spitznagel have been focused on for decades.

Others call this strategy a black swan hedge or tail-risk hedging. Although this strategy must endure many days of small losses when good times persist, during market routs or a stock market crash, it can pay off handsomely. For example, the financial crisis of 2008 proved the Universa tail risk strategy successful. The global economy tanked, financial markets plunged, but the firm’s tail-risk strategy showed an enormous positive return.

Spitznagel has described his investment philosophy as enabling his clients to take on more systematic risk because of how the portfolio is constructed to mitigate risk. One of his secrets to investing has been “investing Ubermensch” which was Friedrich Nietzsche’s quote “Amor fati” or the love of one’s fate. Spitznagel has described this idea as the secret to investing successfully.

Mark Spitznagel and The Dao of Capital

It’s a process that makes headlines every few years, with a blip about Mark Spitznagel and his Universa fund delivering triple or quadruple-digit returns during a recent market plunge. Then quickly forgotten when investors and business journalists continue chasing the immediate “means” of capital, just like always.

With his book, The Dao of Capital, Spitznagel makes a case for a long-term approach to investing rather than a hunger for immediate gains. He shows how this approach has been used to its advantage by ancient societies and species in nature.

Just like a forest that’s suppressed from small fires to clear the ground for new growth, markets can become unstable when manipulated. Spitznagel outlines the difficult path to fighting our natural instinct of desiring immediate gains for a longer-term focus.

After reading Spitznagel’s book, you can’t help but notice the potential benefits of a more robust, antifragile framework to apply not only in markets but in other aspects of your life as well.