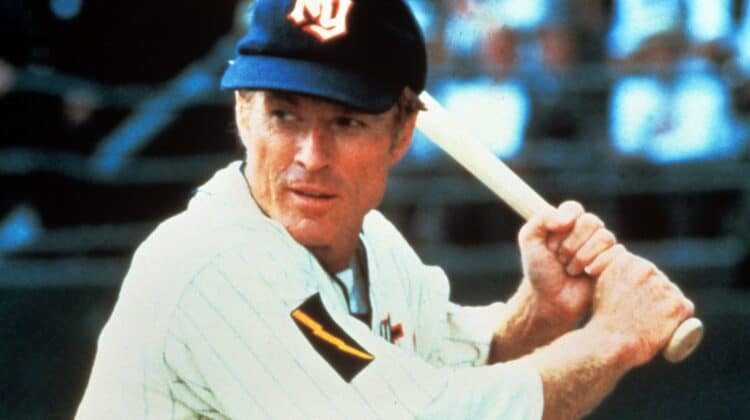 As far back as I can remember, I always wanted to be Roy Hobbs, the star of the legendary book, The Natural, by Bernard Malamud. Maybe it was the way Robert Redford portrayed the character in the movie, which was released in 1984. Or, maybe it was the story Malamud crafted with so many twists and turns. Or perhaps it was simply the title that was burned into my mind. Who wouldn’t want to be known as “The Natural,” someone born with so many gifts he couldn’t help but become one of the best baseball players of all time, even with a few horrible breaks along the way.

Amazingly, The Natural was author Bernard Malamud’s first published novel. There was one novel Malamud completed before The Natural; it was titled, “The Light Sleeper.” Malamud burned the manuscript after completing the book, and it was never published. Thereby making his first official published book his best remembered.

It’s an incredible story based loosely on the real-life of Eddie Waitkus, who was a professional baseball player for the Chicago Cubs and Philadelphia Phillies in the 1940s.

In 1976, Malcolm Kahn and Roger Bean bought the rights to Bernard Malamud’s 1952 book. In 1983, Tri-Star Pictures purchased the rights to the film adaptation and hired Robert Redford to play the part of Roy Hobbs. The movie producers wanted to be clear that the film was not supposed to be an exact representation of the novel by Malamud, but only to be based on the book. It was said that after Malamud watched the movie, he remarked that it had “legitimized him as a writer.”

My opinion on first edition books has changed over the years. I have a growing respect for the first edition printing of the first published book of a writer’s career. Especially when you actually have one in your hands and can read it from start to finish. Not only are you reading a great story, but you’re also experiencing the beginnings of a writing career all over again.

I recently searched for The Natural by Bernard Malamud first edition books published in 1952, so I could see how prices were holding up. And it looks like the book values are holding up quite well. Currently, you can purchase The Natural first edition for sale, anywhere from $3,000 to $15,000. There’s an extremely rare copy with a “blue trail dust jacket” on AbeBooks.com.

There are also numerous signed and inscribed copies of The Natural selling for $5,000 – $8,500. Personally, I’m naturally a little suspicious about the signed first edition books, but I can understand why there’s usually a premium to them. Unless I see someone sign a book with my own two eyes, I’m going to assume the autograph is fake. But that’s just me. So I’d much rather have an unsigned 1st edition over an inscribed copy if I’m looking to buy.

There’s a Near Fine condition book selling for $3,000 on AbeBooks.com that caught my eye. The book has light rubbing at the spine and a restored dust jacket but comes with a custom green leather folding case.

There’s some debate as to the inspiration of “The Natural” story by Malamud. Historians argue it was loosely based on Philadelphia Phillies player Eddie Waitkus, but others say Chicago Cubs shortstop Billy Jurges could have inspired it. Both players had a similar experience in the years leading up to Malamud writing the book.

Find Out For Yourself

What happened to these players, to inspire the writing of a famous book and Hollywood movie – you might be asking? Well, I’ve been careful not to give away the details of the story, just in case you haven’t read the book or watched the Robert Redford performance in the movie yet. What I always recommend is doing both. First, read the book and imagine an aspiring writer back in 1952, attempting to craft a story he was happy with, after burning his previously completed novel in dissatisfaction.

Next, watch the Robert Redford movie, and compare the liberties taken by the producers. There are vast differences between the book and the movie, but that didn’t stop the film from gaining four Academy Award nominations. Many consider it to be the best baseball movie ever made. Some would say the greatest sports movie of all time.