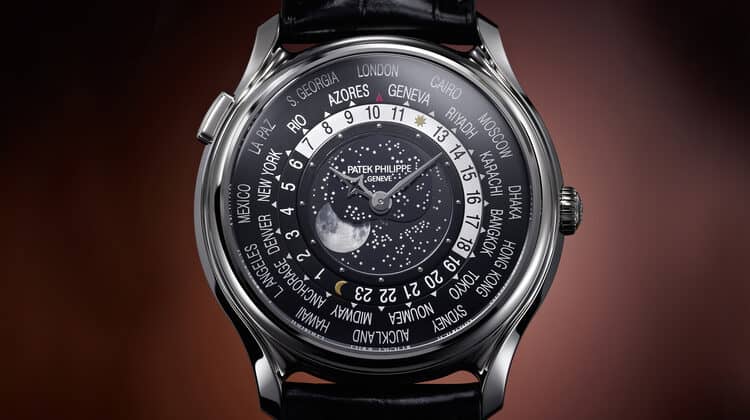 Patek Philippe released a 175th anniversary World Time Moon which is one of my favorite time pieces by the iconic watchmaker. The new World Time Moon includes a realistic moon phase display at the center of the dial. One little known feature of the limited edition World Time Moon is that it uses the watchmakers hometown of Geneva to represent Central European Time rather than Paris which is typically listed. Recent searches show values ranging from $95,000 – $110,000 for the anniversary edition watch.