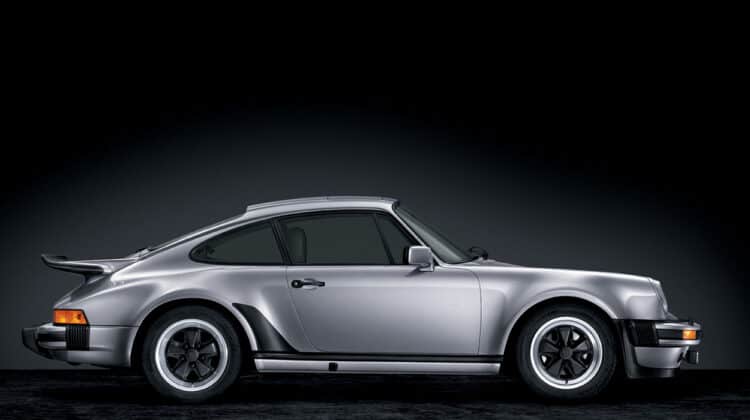 Vintage Porsche values have cooled off over the last year or so. According to Hagerty, a prominent car valuation research firm, values have drifted lower on the high, middle, and low end of the Porsche spectrum. An investment worth watching is the 1976 Porsche Turbo Carrera on Rally Road. If you’re not familiar with Rally Road, it’s the app offering fractional ownership in collector cars, among other things, and one of the coolest apps I’ve been using over the last few years. Does it make sense to consider an investment in a vintage Porsche 911 Carrera? It always depends on the individual, but let’s take a look at what makes the car unique and you can decide for yourself.

The 1972 Porsche 911 engine was enlarged to a 2.4 liter to give it 190 horsepower. The lightweight body made the early 1970’s 911 quick and agile. In 1973 after ten years of the 911 models, Porsche introduced the Carrera RS. The purpose of the Carrera was as a racing car, which was increased to a 2.7 liter, 210 horsepower engine with fuel injection. They also introduced the ducktail spoiler at this time. The “Carrera” name was given from the Carrera Panamericana race in Mexico, which was held in the 1950s.

Porsche then introduced the base 911, also with a 2.7-liter engine in the 1974 911. The next year saw Porsche release the turbocharged 911, something the company had been developing since 1972. All indications saw the new 260 horsepower, 3.0-liter turbocharged engine an immediate success. At the time, the newly released 1974 turbocharged 911 was the fastest production car in Germany. By 1976, Porsche replaced the 2.7-liter engine with the 3.0 engine for good.

The 1976 Porsche 911 Turbo Carrera carried a 0-60 time of just around 5 seconds and a max speed of 160 mph. Turbo models included wider fender flares to accommodate larger tires and wheels. The “whale-tail” spoilers not only helped hold the car to the road but also gave Porsche a striking design along with its luxurious leather interior and entertainment system. What’s great about the vintage 911 Porsche Carrera is the mass appeal the car has kept over time with entry-level enthusiasts as well as the most prominent collectors.

So, of course, you can buy yourself a 1976 vintage Porsche Turbo Carrera on your own. Spend a few weeks doing research, talking with experts, drive all over the country looking at various cars, and checking the oil personally. Or you can buy the vehicle through Rally Road. Now, these are two totally different types of purchases, don’t get me wrong. The financial risk of the outright purchase of a collector car is enormous. Even if you’re an expert mechanic and have years of experience rebuilding foreign luxury racing engines, the dangers are still huge.

Now you can purchase a percentage of the very same car through Rally Road, the company offering fractional ownership of dozens of blue-chip vintage cars. It’s a great way of reducing your risk and out of pocket expenses while at the same time participating in the collector car investment of your choice.

The Rally Road 1976 Porsche Turbo Carrera was initially offered in 2019 and has recently closed the last trading window on December 10th. The next opportunity to own a piece of this particular car will be March 24th when the next trading window will open. The current share price of $69.00 value the vehicle at $207,000. You can view the full details through the Rally Road app, where a full photo gallery and car history with all specs and legal disclaimers are listed. Here are a few of the photos of the exact vintage Porsche Turbo Carrera offered through the Rally Road app.

The design of the vintage Porsche was entirely new for the 1974 – 1977 models. The raised bumper with black plastic is one of the most notable characteristics of previous years. In the center of the tail lights rests a Porsche logo, which is either red or black, depending on the year. One of the requirements for the U.S. market was bumpers, which needed to absorb impacts at speeds of up to 5 mph without damage to the body. To satisfy this regulation, the bumpers connected to the body with hydraulic absorbers.

The Carrera models were slightly wider than the 911 S models. Carrera models were also built with 15″ alloy wheels. The Carrera also featured the “ducktail” rear spoiler, introduced on the ’73 version. Its design has been instantly recognizable throughout the world for over 40 years. The vintage Porsche 911 Carrera is undoubtedly one of my all-time favorite car designs.