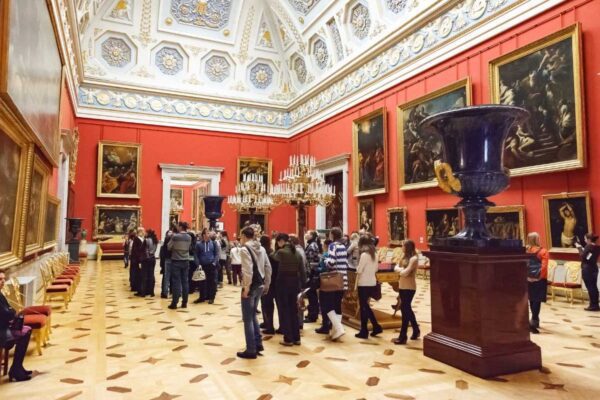 When I hear people talk about art collections, I can’t help but think about the greatest heist of all time, where decades of clues have yet to produce a single piece of the stolen loot. Of course, I’m talking about the Isabella Stewart Gardner Museum theft in Boston on March 18th, 1990, which happened to be the largest heist of private property in America.

Many questions remain as to who stole the works, where they went, and why the thieves selected the works they did. How the crime has remained unsolved for so long has baffled detectives and experts. Several theories exist, but not one single piece of the 13 total items in the loot has turned up.

The theft, in the early hours of 18 March – as St Patrick’s Day parade celebrations were winding down in the city – was executed by two men dressed as police officers who, after handcuffing museum guards, spent an almost leisurely 81 minutes in the galleries. It remains not only the biggest art heist of all time but also the largest single theft of private property in America. Despite a $10m reward, none of the works have been seen in public again.

Sometime around midnight on Sunday morning, March 18, 1990, two men pulled up to the Museum in a red Dodge Daytona dressed as police officers and waited for roughly an hour before making their move. It was near the side entrance where one of the men dressed as a police officer pushes a door buzzer and told one of the museum nightwatchmen they were requested to investigate a disturbance reported in the courtyard.

Once inside the two men informed the security guards, they would be arrested and proceeded to handcuff the guards. The cuffed guards asked what they were being arrested for, and the thief informed them it was not an arrest, but it was a robbery they were conducting. This was the beginning of the greatest heist of all time.

The two guards were taken to the museum basement and handcuffed to pipes where they were also duck taped around their hands,  head, and feet. Many people have theories of an inside job where the guards were in on the plan to open the door to the thieves, but this has yet to be proven.

Another mystery to add to the list of bizarre facts surrounding the case is the selection of the stolen art. The thieves rummaged through the museum for over 80 minutes while smashing frames and breaking the glass to access different artworks. During this time, they took multiple trips to their car to load the 13 stolen pieces, all the while passing by much more valuable works of art than they carried out.

Two Raphael’s and a Botticelli painting were in the escape path and much more valuable than the works they were hauling but were left untouched. The way the criminals smashed frames and cut away the artwork led investigators to believe the greatest heist of all time was pulled off not by professional art thieves but by amateur criminals with no expertise in handling artwork.

Thirteen pieces were taken in all, and the selection process by the criminals remains a mystery. Why they chose what they did and why they passed on taking much more valuable art when it seemed they had all the time in the world is still a huge question.

Even with passing on some of the museum’s most valuable pieces, the greatest heist of all time is estimated to be worth nearly $500 million and the largest theft of private property in the United States history. ‘The Concert,’ a painting by Vermeer, which is one of only 34 known Vermeer works in the world, is said to be worth an estimated $200 million alone.

In 1994, museum director Anne Hawley received a letter promising the safe return of the artwork in exchange for $2.6 million if the museum would publish a coded message in The Boston Globe. The message was posted, but nothing was ever heard from the request again. There was another lead in 1997 where a reporter was informed one of the stolen works ‘The Storm on the Sea of Galilee’ was held in a Brooklyn warehouse.

The reporter was able to view the painting briefly in a dark room with a flashlight but was also given paint chips so he could verify the authenticity of the art. It was unable to be determined whether the painting was real and has since vanished, and no trace of the painting has since resurfaced.

Some evidence suggests the two men working as security guards the night of the theft were collaborators in the crime. In 2015, police released a security camera video of the night before the robbery, where a dry run of the heist appears to have taken place.

One of the men on the tape was confirmed as Richard Abath, a security guard who was also working the following night of the theft. He appears to be talking to another man who was buzzed into the building. After speaking with them for roughly three minutes, the man leaves the building and drives off. After intense interviewing of the guards, they were labeled as incapable of pulling off such a heist, but the theory of the guards as accomplices to the crime are still valid to this day.

The long list of suspects spans organized crime families, local gangsters, and even the Irish Republican Army was suspected as stealing the art to raise money or bargaining power for the release of their comrades behind bars. Boston’s top mob boss at the time, Whitey Bulger, was thought to be the mastermind behind the robbery for some time, even after the raiding of his Santa Monica, CA hideout turned up not a trace of the artwork.

Other evidence suggests a gangster from Connecticut, Robert Gentile, was behind the greatest heist of all time. He has information on the location of the paintings even though he denies having anything to do with the heist. Rewards have been set a $1 million, then $5 million, and also recently raised to $10 million for the return of the artwork but still has yet to produce even one piece of art.

Some guess the works were destroyed after the theft, but this would be very uncommon as most art heists throughout history almost always have the stolen loot turn up at some point on a black market. It’s very rare for paintings so valuable to be unheard of for so long without any confirmed sightings. It’s one of the most baffling and intriguing theft cases in history and will haunt detectives until the truth is uncovered.