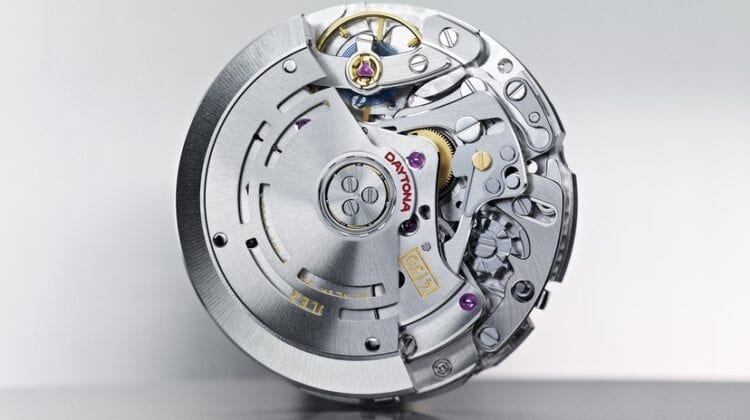 If you’re a watch collector or even just a fan of watches I’m sure you’re well aware of the Rolex story, or at least parts of it. What strikes me is how the relentless innovation of Rolex over the last 100 years has defined an entire industry and kept the brand on top.

Ahead of the Pack

The list of innovations by the watchmaker prove that they have been on the very cutting edge of the watch industry throughout it’s history. Just 5 years after the company was established they became the first watchmaker to earn chronometer certification for a watch worn on your wrist. Then earning a “Class A” certificate from The Kew Observatory putting it among the most accurate clocks in existence. Not only that but achieving the rating as the first wristwatch set the company in a league of it’s own by showcasing it’s commitment to precision and accuracy. The relentless innovation of Rolex was astounding.

Hans Wilsdorf and Alfred Davis founded Wilsdorf and Davis in 1905 which would eventually become the company known as Rolex. The two brother-in-laws began importing Hermann Aegler’s Swiss movements to London and placing them in high quality watch cases. In the beginning the company was created to sell watches and not manufacture them. These watches were then sold to local jewelers who would include their own names on the dial with a “W&D” on the back of the watch indicating that they came from Wilsdorf and Davis. The Rolex company stayed in London until 1919 where it discovered the best place for watch production was Switzerland and that’s where they would need to be.

The fact that a Rolex is highly accurate at keeping exact time is something almost everyone can acknowledge to be true today. Many people fail to understand Wilsdorf and Davis had positioned themselves almost from the beginning to be the most accurate watchmaker possible. The selection of the company who would make the movements for the inside of the watch and was responsible for the tiny and precise way time would be kept was a critical decision. Aegler was a supplier of the movements and known for their quality, they also supplied movements to other companies as well.

As Rolex began to grow the importance of being the most accurate watchmaker never changed. In 1910 Wilsdorf created the first wristwatch to receive certification as a chronometer in Switzerland. Not only that but in 1914 Rolex followed up this feat with a class A rating from the Kew Observatory in London. This was also a first for a wristwatch as most watches receiving the rating were chronometers for navigating the oceans.

In 1926 Rolex developed the Oyster wristwatch which was the first ever to be waterproof and dustproof. Many were in disbelief at the claim of a waterproof watch but Rolex quieted their critics when in 1927 a swimmer Mercedes Gleitze attempted a swim across the English Channel wearing a Rolex Oyster watch. Emerging from the ocean after her attempted swim Mercedes carried with her a perfectly working Rolex watch. Once again the relentless innovation of Rolex was on display.

The next feat of innovation came in 1954 when Rolex introduced the Submariner. As the founder would show time and again, Wilsdorf rarely missed a chance to market his company without a show. Auguste Piccard dove to over 3,000 meters below the ocean with is deep-diving submarine and attached to the vessel’s hull was a Rolex. As the submarine rose out of the water the Rolex watch was still working, an amazing feat at the time.

Time for a Date

Every Rolex Tells a Story

To be one of the most well know brands in the world over the last 100 plus years Rolex has proven to be a true innovator in the world of marketing and brand promotion. Almost anywhere you go in the world the name Rolex will be recognized for it’s quality and value. As the most powerful watchmaker in the world, it consistently ranks at the top of the list of the world’s most reputable companies. While the answer to the question of how Rolex became ‘Rolex’ is actual innovation in the watchmaking field, where, before watches became luxury items they were real tools for people who needed accurate time.

The company has an ever increasing list of people, events and organizations they support. Not only do they sponsor the biggest names in entertainment like James Cameron and Martin Scorsese and the highest paid athletes such as LeBron James and Kobe Bryant but they cross into many other industries and professions as well. The Rolex Mentor and Protege Arts Initiative invests in the future of architecture by mentoring promising up and coming architects. Rolex has sponsored some of the top festivals and performances in the world of Arts. The Vienna Philharmonic Orchestra New Year’s concert is sponsored by the company along with dozens of other performances, festivals and venues. The Rolex Awards for Enterprise ‘support innovative thinkers who are reshaping the future with their vision, courage and ground-breaking projects.’ From the website this venture aims to award five young Laureates after demonstrating incredible vision and enterprise. Winners have included a polar scientist, a robotic suit designer and an eye specialist who’s working to cure blindness. The company also has initiatives in Underwater Explortion, Mountain Exploration and a program with National Geographic to promote exploration and conservation. Literally the list goes on and on when you start to investigate the depth and scope of the brand as a sponsor and promoter of events,  causes, industries and institutions around the world. The marketing world was well aware of the relentless innovation of Rolex.

The video clip below titled ‘Celebrating cinema at the Oscars’ shows Hollywood icons wearing Rolex in some of the most memorable scenes in film history. Stars such as Paul Newman, Harrison Ford, Al Pacino and Marlin Brando were wearing the watch during some of their most prominent roles on the big screen. Coincidentally these were not paid placement advertisements by the company but a result of being the preferred luxury watch by the top actors throughout much of film history.

One of the most impressive slogans in marketing history is arguably the company’s, ‘Every Rolex Tells a Story.’ Hans Wilsdorf’s vision of the wristwatch as a symbol of achievement has lasted throughout the company’s history just as he wished. The strength has come from quality, worldwide appeal and the relentless innovation of Rolex. The brand continues to lead the industry through their timeless watchmaking combined with their thoughtful and continuous promotion throughout the world.

Hans Wilsdorf’s passion in life was his Rolex watch. He intended his watch to make the world a better place, through its uses, its accuracy and its beauty. He wanted his watch to be considered a symbol of achievement, not a symbol of status and became agitated if it was referred to as such. His watch was priced just out of reach of the middle-class man meaning, to earn one, one would have to contribute a bit more, work a little harder and reach a bit farther. A Rolex watch is generally significant of a major achievement in its wearer’s life. Upon Mr. Wilsdorf’s death in 1960, he owned all of Rolex and the Company today is still privately held and overseen by the Hans Wilsdorf Foundation which is a Charitable Organization. It is said that the proceeds discretely go to Children’s Charities around the world (Mr. Wilsdorf was an orphan) and to cutting edge entrepreneurial endeavors (Mr. Wilsdorf had over 700 patents). You should be extremely proud of that Rolex on your wrist, your achievements to get it and this Company who produced it.