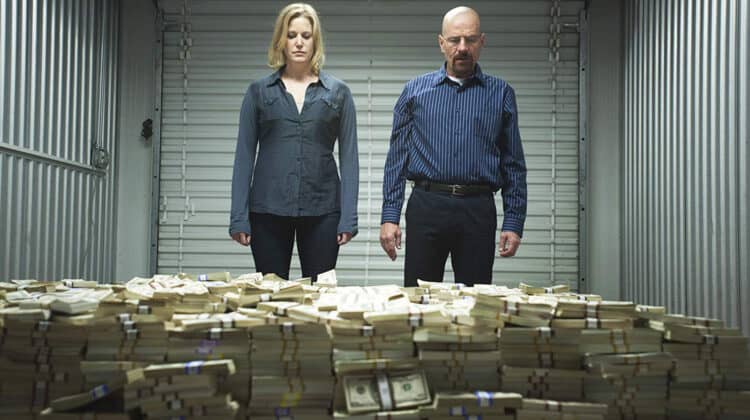 There’s a growing realization out there, and it’s getting louder. I can hear it echoing through the Twittersphere. I can hear the whispers around the office. Even at family gatherings, the topic is now swatted around like a badminton birdie.

“Massive inflation is coming, deploy your cash if you haven’t already.” Is the familiar sound-byte. There’s no doubt this advice makes perfect sense. Massive money printing leads to inflation in financial assets. The dollars in your hand now buy less. It’s literally worth – less than it was the day before. The idea is to get rid of those dollars now before they lose any more value. It’s the most repeated and recommended financial proclamation of the last few years, maybe even longer.

One small problem. What do you do with your cash, specifically? It’s not an easy problem to solve. Especially when you hear some of the smartest investors and business minds in the world wrestling with the same problem. If someone walked up to you right this minute and gave you $100,000, where would you responsibly park it?

Recently I listened to an interesting conversation with Michael Saylor on the dilemma everyone faces, no matter how many U.S. Dollar bills you have in hand. That dilemma of what to do with your cash. Anthony Pompliano hosts The Pomp Podcast, where he interviews a wide variety of personalities, mostly focused on Bitcoin and the future of the financial industry. This particular episode was primarily focused on the recent decision by Saylor to allocate $425 million to Bitcoin through his company MicroStrategy. But I was fascinated with the thought process that Saylor describes in detail on how he arrived at his decision to spend nearly half a billion dollars on Bitcoin.

The issue at hand is summarized by a quote from the podcast where Saylor explains,

Michael Saylor on The Pomp Podcast

The podcast is so interesting because it shows the psychology of markets and how hugely successful individuals are processing difficult financial questions. Saylor goes on to explain how he concluded that Bitcoin was the answer to the equation. He ultimately determined commercial real estate to be unattractive and public equities, specifically big-tech, to be overvalued.

I dismissed commercial real estate, a market basket of equities… that stuff is just not compelling. What I want is something that might be cut in half that can go up by a factor of 10. That’s what any intelligent investor wants.

So Michael goes on to lay out his case for why Bitcoin is an asset that has the potential to appreciate 10x from its current market cap. He also expands on the theory that Bitcoin will be the dominant digital network of the future, similar to how Apple, Google, Facebook, and Amazon dominated specific networks in the past 10 to 15 years.

As Saylor detailed his recent enormous Bitcoin purchase through his company, MicroStrategy, I couldn’t help thinking about a few of his earlier points he made. He’s forced to do something, anything, with his cash in the bank or he’s losing 2% every month. His assumption is based on asset price inflation continuing far into the future; therefore, his 2% loss per month being unacceptable.

Arguably one of the most popular opinions in investing over the last ten years since the financial crisis of ’08 and ’09 is you can’t hold cash. Just like Saylor explains, he’s been “hit in the head with a 2×4” over the last six months as the massive rally in nearly every asset has brought him to this conclusion, and after much thought, he’s taking action.

Michael Saylor is one thousand times smarter than I’ll ever dream of being. He’s been a successful entrepreneur, investor, and visionary for decades. His move into Bitcoin could pave the way for many other businesses to follow suit and move their cash into Bitcoin as a store of value. But one thing caught my attention.

At the beginning of the podcast, Saylor explains a difficult period for his company in 2003, where his stock price fell from $333 per share down to 42 cents. A 98% loss. He briefly says that the lesson he learned from that period is, “don’t run out of money, always have cash on the balance sheet. And don’t spend more than you’re taking in.” He continues, “I feel like an idiot giving that advice to, but it’s still good advice right now.”

Saylor quickly jumps back to the present day, where his business has powered through the pandemic of 2020, much like other software and tech companies have, looking and feeling more robust than ever. Obviously, his business is in a much different stage than it was back in 2003. It’s enormously profitable and embedded with a diversified base of rock-solid customers.

My skeptical side wonders, is this the height of the greatest “Fear Of Missing Out” rally in every asset class in existence? Of course, nobody knows for sure. It could be just the very beginning of asset price appreciation from the trillions of dollars created during the last six months. It’s always thought-provoking when ultra-smart people like Saylor share their ideas with the rest of us.

You can’t possibly compare your own situation with that of a billion-dollar company like MicroStrategy run by one of the smartest entrepreneurs out there. But the decision still remains. What to do with my dollars? It doesn’t matter if you have $100 to allocate or $500 million. Buy gold, treasuries, tech stocks, collector cars, artwork, real estate, bitcoin? Save it in a bank account for zero interest and inflation loss? That doesn’t make much sense either. The question remains.

Michael Saylor makes a case for Bitcoin that’s incredibly convincing. It’s fascinating to observe the ever-changing landscape of financial assets and how people apply these changes to their own unique situations.