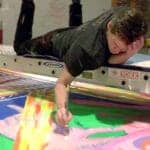 If you're searching for Jim Carrey net worth, I can tell you right now; it's just about $180 million. Give or take a few million. That's what Google says. There. Now you know. Now you can go on with your day. But please, continue reading, if you'd like to indulge. After hearing a few recent interviews with Jim Carrey, my impression is that he might be the last one on this … END_OF_DOCUMENT_TOKEN_TO_BE_REPLACED 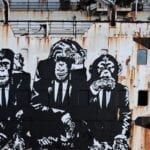 There's been lots of speculation on the real identity of the famous street artist, "Banksy." In 2010, the documentary, "Exit Through The Gift Shop," was supposed to be released as a film detailing the life of Banksy but ended being a spoof movie about an artist named "Mr. Brainwash." The film documented a character who had no identifiable artistic talent but made many … END_OF_DOCUMENT_TOKEN_TO_BE_REPLACED 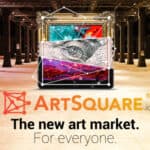 ArtSquare.io allows users to buy, sell, and trade digital shares in artwork by world-famous artists. This new fractional ownership art investing platform is fully functional and ready for investment. The company was founded just two years ago by Fabrizio D'Aloia and Francesco Boni Guinicelli. ArtSquare aims to open up the world of art investment and ownership to masses with … END_OF_DOCUMENT_TOKEN_TO_BE_REPLACED Last year the startup Nifty Gateway was purchased, and now it has a new website. Consumers will be able to buy and sell digital collectibles from prominent artists valued at thousands of dollars per piece. The startup was purchased by Cameron and Tyler Winklevoss, who are heavily involved in the cryptocurrency industry. As owners of Gemini, the Bitcoin and cryptocurrency … END_OF_DOCUMENT_TOKEN_TO_BE_REPLACED