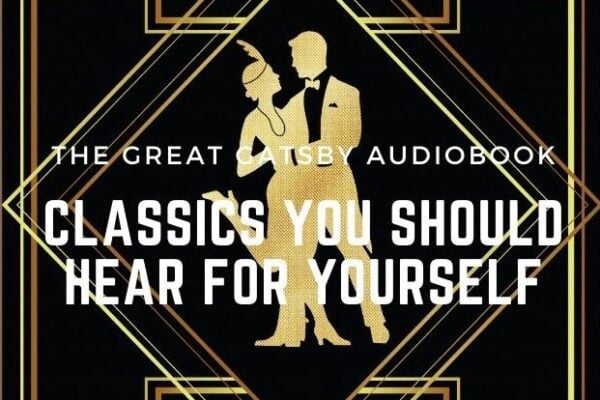 Audiobooks are a modern-day miracle. Listening to The Great Gatsby audiobook is your chance to be immersed in one of the all-time great novels of American literature. When sitting down to read the actual hardcopy book might not be possible, classic novels in audiobook format are sometimes neglected and forgotten.

I’m here to remind you that some of the best stories in classic literature are available in audiobook format, with amazing narration and increasing production value levels.

I’ve heard the debate come up in the past. Are you actually “reading” a book when you listen to an audiobook? I can tell there’s some second-guessing and hesitation to the question. “I just finished reading Shoe Dog, and I loved it…well, it was the audiobook.” I’m sure you’ve heard a similar confession, or maybe you’ve used it yourself.

Reading a hardcover book cover to cover can be one of the most rewarding and enjoyable activities. Still, many people might find it unrealistic in their busy daily lives. Podcasting has exploded in popularity recently for this reason.

Apple has sold maybe a trillion AirPod Pro’s in the last year, as people are consuming audio like never before. There’s much more time in the day to consume audio content, but don’t forget about the classics.

Amazing recordings now exist in world history’s greatest novels, and I would encourage you to add them to your queue.

Do you really need to listen to the tenth podcast on intermittent fasting again? Or are you ready to hear one of the greatest stories ever told, on a journey through the roaring 20s where the wealthy Jay Gatsby searches for true happiness?

Here’s a list of some of the most incredible stories ever created, digitally packaged, and ready for modern-day consumption.

The way audiobooks have been produced and recorded has evolved over the last few years. The Great Gatsby is almost one hundred years old now. The opportunity for people to enjoy this wonderful tale by F. Scott Fitzgerald has never been greater, thanks to the proliferation of audiobooks.

Let’s face it; some people just have amazing sounding voices that soothe and comfort human ears. Gone are the days of the robotic-sounding stranger droning on with a monotone delivery, where it’s almost impossible to pay attention longer than 2 minutes.

Recent recordings of many classic books include celebrity narration. In the new audio edition of The Great Gatsby, actor Jake Gyllenhaal is the voice of Nick Carraway. He finds himself renting a house on Long Island next door to one of the mysterious millionaire Jay Gatsby.

Tom Buchanan is the ultra-rich husband of the beautiful Daisy Buchanan. In F. Scott Fitzgerald’s classic American novel, the first-person narration by Nick Carraway’s character tells a story of love and money in the early 1900s.

And if you want to know what happens next, you’ll need to listen for yourself and find out why F. Scott Fitzgerald is widely known as one of the greatest writers of the 20th century.

What’s the use you learning to do right when it’s troublesome to do right and ain’t no trouble to do wrong, and the wages is just the same?”

Huck Finn wrestles with “right” and “wrong” in Mark Twain’s 1884 book, Adventures of Huckleberry Finn, often cited as one of the great American novels.

Listing to the ‘Adventures of Huckleberry Finn’ audiobook displays the genius of Mark Twain in another light that’s hard to capture when simply reading the text.

To give you an idea of how ground-breaking the book was, in 1935, author Ernest Hemingway remarked, “All modern American literature comes from one book by Mark Twain called ‘Huckleberry Finn, it’s the best book we’ve had. All American writing comes from that. There was nothing before. There has been nothing as good since.”

Over the years, critics have argued against the book for its coarse language and perceived racial stereotypes.

But in a stroke of genius expected only by a legend such as Mark Twain, he pre-emptively addresses his critics and begins his novel with the following remarks.

Sometimes, a book lover is given a special treat that they don’t deserve. And one of the all-time great stories written by Paulo Coelho, “The Alchemist,” provides this very thing.

Now, listen very carefully to this first instruction. Do not listen to “The Alchemist” story for the first time in audiobook format. Read the book with your very eyes the first time through. This is a must.

Second, listen to The Alchemist audiobook, narrated by Jeremy Irons. You will be fully immersed in the story the second time, just as the first. And the incredible and unforgettable voice of Jeremy Irons adds remarkable flavor to the entire journey.

Third, if you think I’m going to give any other details about the book here in this post, you must be out of your mind. Your job is to go read this book if you haven’t already. It’s a beautiful tale you won’t forget.

Lord of the Rings Audiobook

J.R.R. Tolkien began writing a children’s fantasy novel titled “The Hobbit” in 1937. Success from The Hobbit encouraged Tolkien to create an expanded story leading to The Lord of the Rings.

Over a year beginning in 1954, publishers released The Lord of the Rings in three separate volumes, The Fellowship of the Ring, The Two Towers, and The Return of the King.

It’s one of the best-selling books of all-time, with more than 150 million copies sold. The audiobook is narrated by Rob Inglis, who provides a commanding presence throughout the reading of Tolkien’s amazing adventure.

It’s no wonder the eventual movies directed by Peter Jackson in the early 2000s went on to rack up almost $3 billion in box office sales worldwide.

Catcher in the Rye Audiobook – Written by J.D. Salinger, Narrated by Stephen Heintz

Catcher in the Rye pdf

Of Mice and Men Audiobook – Written by John Steinbeck, Narrated by Gary Sinise

The Lion, the Witch, and the Wardrobe Audiobook – Written by C.S. Lewis, Narrated by Michael York

A People’s History of the United States Audiobook – Written by Howard Zinn, Narrated by Matt Damon

To Kill a Mockingbird Audiobook – Written by Harper Lee, Narrated by Sissy Spacek

The Call of the Wild Audiobook – Written by Jack London, Narrated by Peter Husmann

A Brief History of Audiobooks

After Thomas Edison invented the phonograph in 1977, he knew listening to books audibly would soon sweep the world. He said, “with great profit and amusement by the lady or gentleman whose eyes and hands may be otherwise employed.”

You can download audiobooks through Audible and listen to almost any book through almost any device. With one-time purchases or subscription-based models, give Audible a try and explore the amazing world of audiobooks. 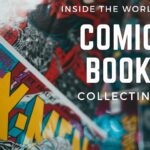 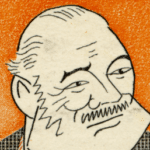 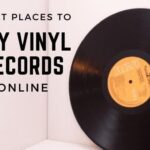 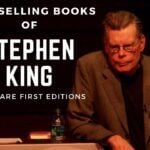