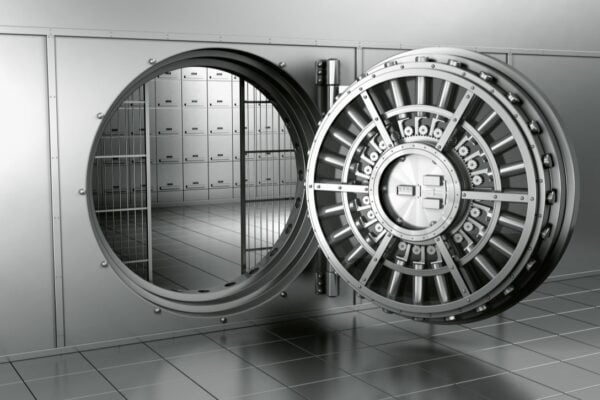 Bitcoin, real estate, farmland, gold, or Picasso paintings? What asset is the greatest store of value? Many people will let it be known where they stand on the store-of-value argument immediately and without hesitation. Some even build entire careers around their chosen store of value king.

Each group makes their case for why their asset of choice is the greatest store of value. Not only that, but they will build mountains of evidence why every other asset is, indeed, trash. Their arguments usually contain detailed prognostications on how the future will play out and which events will supersede others, causing all dominos to topple over at some date in the not too distant future. Thus, leaving their chosen asset-savior still standing when all the dust has settled.

I’m glad these store of value, asset freedom fighters bring up the word “trash” so often. Every time they do, I’m reminded of the greatest store of value ever created—the United States Dollar.

The very mention of the word “cash” probably caused 98% of browser windows to close instantly. Anyone still reading this post is probably strapped down to a chair, locked away in a lunatic asylum. Who knows, this domain registration might be revoked just by mentioning the word “cash.” This may very well be the first – and last – post ever written about cash.

It hasn’t been wise investment advice to hold much cash long term, obviously. Over the last decade or so, returns on many other assets have gone parabolic, while cash has returned one-quarter-of-one percent per year… before inflation. But at this given point in time, the store of value qualities for cash is astronomical. Call me crazy, but many folks have been screaming from the rooftops for years that the dollar is going to zero. Maybe someday it will, I have no damn clue. But at present, it sure seems like reports of the death of the dollar have been greatly exaggerated.

The Greatest Store of Value

“Store of Value” is an interesting phase. You could apply it to almost anything, I guess. A pile of bricks might be useful to build a house someday. A stack of books written by the wisest people in the history of the world definitely stores value. There’s valuable knowledge stored right inside each page, ready to be utilized. The ‘store of value’ phrase has been popularized and pretty much adopted by the bitcoin brigade and the cyptoheads. It’s one of their go-to clichés.

The gold and precious metal clan will also claim store of value supremacy. They might quickly cite ancient traditions of bartering gold coins for bushels of grain or herds of sheep. The Gold Bugs will also quickly remind everyone that it was the gold standard that enabled paper money to exist. Ok, ok, I get it; gold played an important part in creating civilization as we know it. Congrats. But gold is heavy to carry. And as long as the dollar is still around, gold is playing second fiddle.

Maybe it’s just me, but over the last few years, almost every topic has become more polarizing than ever before. It only takes one minute of conversation with a stranger to identify a handful of groups they identify with. Sometimes they don’t even need to say a word; you just see it in their laser eyes.

When is the last time you heard the phrase “Cash Is King?” I’m guessing it’s been a while, if ever. I’m not that old, but I do remember a time when the phrase would get tossed around. Everyone back then knew what it meant because they experienced it when times got a little dicey. Cash was King for brief periods during economic storms. Maybe you forgot about those. Maybe you’ve never been in one.

The Most Hated Store of Value Ever Created

At the present moment, the US Dollar is the most hated store of value ever created. And it’s not even close. You can’t even suggest holding cash or discuss the attractive qualities of cash without instantly getting laughed out of the room. In the biggest echo chamber that is Twitter and social media, everybody knows the rules. 1.) do not talk about cash, and 2.) DO NOT TALK ABOUT CASH. Like Michael Saylor brilliantly proclaimed, your cash is melting away every month like a giant cube of ice in the middle of the desert, thanks to the ravages of inflation. He’s not wrong. But his Bitcoin store of value has also lost 50% of its value over the last two months. That’s a big problem.

I’m glad I don’t make a living in finance; I would be instantly fired for suggesting cash as a store of value. You don’t want to be making such audacious claims as a member of the esteemed money management community. To play that game, you need to be in the latest winners and out of the latest losers. There’s plenty of big winners to pretend to own, and cash is not on the list. Financial commentators, gurus, and so-called “analysts” make a living pretending to own the big winners while scoffing at the recent losers. We all know the game by now… but I digress.

My point is the dollar is still here. It’s the most despised, hated asset you could imagine at the present time. To own it and hold it means instantly and continuously losing money. But it ain’t dead. Why does it still exist?

If the dollar is utter garbage, and owning it means persistent and relentless erosion of capital as far as the eye can see, then why is it still here? Over the last 16 months, every single man, woman, and child has called for the US Dollar to crash. It never did. It turns out, Cash is still King.

Why is cash king? One answer is that USD is priced relative to other world currencies, but I’m not going down that road right now. An easier answer is the pervading need to have cash when assets lose value, enabling you to take advantage of the discounted prices. Even Bitcoiners know that Cash is King. They repeat the phrase almost every day without even realizing it. They ask, “did you buy the dip?” when Bitcoin falls a few thousand points over the course of a few days. “Buy the Dip” is another phrase for “Cash is King.”

If you didn’t have cash, you can’t buy the dip. Holding cash gives optionality. Holding cash averts crisis after crisis in households, businesses, and organizations around the world every single day. By holding cash, and deploying it for almost unlimited reasons, cash keeps the world going round and round. This concept is so ingrained deep in people’s minds they hardly even notice it. King Dollar provides a store of value only dreamed of in Cryptoland. Maybe someday they will realize their goal, but at the present moment, cash is still king. And it’s not even close.

I love the US Dollar debate because there are so many pieces to the puzzle. So many arguments to make. Endless thought experiments. It’s also entertaining to listen to the “pitch” of everyone under the sun proclaiming how the dollar will vanish, disappear, devalue, hyperinflate, and combust into thin air. Meanwhile, almost every single thing in the entire universe is bought, sold, and priced in US Dollars. Yea, sure, and the dollar will become worthless… any day now. Guess what? Even the biggest dollar doom and gloomers still pay their bills every month in USD. And they have no problems accepting cash as payment from their monthly newsletter subscribers. Lots of folks in finance will say one thing – while doing another.

What’s your store of value? A pile of firewood? Shotgun shells, silver coins, Toyota 4Runners, or Ethereum? My store of value has dominated the global economy from almost the second it was conceived. And has no plans to give up its world championship title anytime soon. Some call the US Dollar by its other totally bad-ass nickname, a.k.a. the World’s Reserve Currency.

I don’t know much, but I do know it still feels pretty damn good to have a couple hundred bucks in cold hard cash sitting around, just in case I should need it. And a few billion people would agree, some very reluctantly, on that same exact statement.