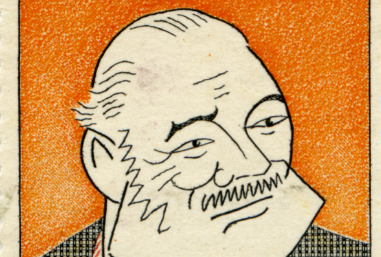 You’re probably aware of the enormous price tag on first edition Ernest Hemingway books. ‘A Farewell to Arms’ and ‘The Sun Also Rises’ are a few of the most valuable first edition books of the 20th century. But there are many other great works by Hemingway with significant value and historical influence that you may have forgotten about.

His stories redefined fictional writing, and his first edition books have become timeless treasures sought after by investors and collectors around the world. If you’re beginning the search for a Hemingway first edition, don’t forget to dig a little bit deeper.

There are numerous options to consider when searching for first edition books from world-famous authors.

Blazing His Own Trail

When you read about Ernest Hemingway, it’s easy to confuse the amazing stories he created in his books with the incredible life he actually lived. One of the reasons is that Hemingway often mixes his real-life experiences into his novels’ stories. The life he lived is so full of adventure you might only imagine it’s from a fictional story.

Not only did Hemingway live and dream up the lives of incredible adventure and discovery, but he also defined an entirely new writing technique know as the Iceberg Theory. Also known as the theory of omission, it’s a minimalistic writing style that focuses on surface elements without detailing the themes underneath. He talked about how the deeper meaning of a story should not be obvious and implicitly discovered by the reader.

Included in the memoir is Hemingway’s relationship with cultural figures of the 1920s. Now referred to as the ‘Lost Generation,’ the period was culturally significant because it was a time when World War I had ended and World War II had yet to begin known as Interwar France. A Moveable Feast was published posthumously and discusses his first marriage to Hadley Richardson.

Hemingway also had a large circle of friends during his time in Paris. Many notable figures were influential in his work including Gertrude Stein, Ezra Pound, James Joyce, Ford Madox Ford, and F. Scott Fitzgerald.

The first collection of short stories Hemingway wrote was ‘In Our Time,’ published in 1925. The title is from the English Book of Common Prayer, titled, “Give Peace in Our Time, O Lord.” Using the Iceberg Theory, Hemingway attracted almost immediate attention with writing scholars such as Edmund Wilson, who said the writing was “of the first distinction.”

A signed first edition copy of Hemingway’s masterpiece, ‘In Our Time’ can be found currently selling for $75,000 at AbeBooks. One of the amazingly attractive and unique aspects of the ‘In Our Time’ publication is each of the 170 copies were numbered. This is an extremely low production volume for Hemingway’s second book. Additional copies are offered on AbeBooks priced at $65,000, $55,000 and $41,250.

Check out the free In Our Time audiobook on the Internet Archive, or read the entire In Our Time PDF at the link below.

Hemingway’s third collection of short stories was titled, ‘Winner Take Nothing’ in 1933. Included in the book is an eclectic mix of 14 stories. Some of the short stories have been published in various magazines, but most were never previously published until the release of the book.

From the characters in ‘A Clean, Well-Lighted Place,’ about a Spanish Beggar, to ‘Homage to Switzerland,’ which details a mix of conversations at a Swiss railway station restaurant, the stories show Hemingway’s command of the short story format.

There’s a copy of ‘Winner Take Nothing’ currently listed on AbeBooks for $12,500. The book is in excellent condition and signed by Hemingway. Another copy is listed without the author’s signature for $7,500 and appears to be in great shape as well. Moving down the line from great condition to just light wear showing, two more copies are listed for $4,500 and $3,500, and a couple more are priced at $3,000. Six to seven more copies are offered in the $1,800 to $2,400 range with small tears in the dust jacket, chipped ends, and light rubbing at the edges.

There were approximately 20,000 first edition copies produced in 1933. You can read the entire Ernest Hemingway book, Winner Take Nothing PDF here.

To Have and Have Not

After his initial cool reception from ‘Green Hills of Africa,’ he published his next book in 1937. ‘To Have and Have Not’ features a fishing boat captain in Key West, Florida, who was forced into some difficult decisions because of the tough economic climate. The book’s main character, Harry Morgan, is an ordinary working man who begins running contraband from Florida to Cuba to make end’s meat. He finds himself dealing with the “Have’s” and the “Have Not’s,” wealthy and privileged, along with the poor and destitute.

To Have and Have Not began as a short story that was published in Cosmopolitan magazine in 1934. When Hemingway added a second story in 1936 for publication in Esquire magazine, he decided the main character, Harry Morgan, would be expanded into a novel. 10,000 copies were printed for the first edition in 1937.

Numerous copies of the first edition book are currently offered on Biblio for $2,000 to $4,000 ranging from Near Fine to Fine condition. There’s also an excellent condition book offered on AbeBooks featuring the publisher’s “A” imprinted on the copyright page, signifying the first printing of the first edition. The copy also features a dust jacket with vibrant color and no tears or chips, selling for $4,500.

Check out the Ernest Hemingway book, To Have and Have Not PDF in the link below.

To have and have not

For Whom the Bell Tolls

First published in 1940, For Whom the Bell Tolls is a story of a young volunteer guerrilla fighter during the Spanish Civil War. The main character, Robert Jordan, is assigned to blow up a bridge while an attack on Segovia’s city is underway. For Whom the Bell Tolls makes many assumptions about readers’ knowledge of the complicated alliances involved in the Spanish Civil War. Many of the real-world events discussed in the book were understood as leading up to the break out of World War II.

At the time of the book’s publication, the U.S. had yet to enter the war, which begun on September 1st, 1939 when Nazi Germany invaded Poland.

Read For Whom the Bell Tolls PDF at the link below,

for whom the bell tolls

The Old Man and the Sea

The last fictional Ernest Hemingway book published during his lifetime was The Old Man and the Sea, published in 1952. The story follows an aging fisherman who struggles with a giant marlin off Cuba’s coast. Hemingway was awarded the Pulitzer Prize for Fiction in 1953 for the book, which opens with Santiago’s main character going 84 days without catching a fish.

Many literary critics say The Old Man and the Sea reinvigorated the literary reputation of Hemingway and restored fans’ confidence in his abilities as a storyteller.

His international reputation was also at an all-time peak. In 1954, Hemingway was awarded the Nobel Prize in Literature for “his mastery of the art of narrative, most recently demonstrated in The Old Man and the Sea, and for the influence that he exerted on contemporary style.”

Read The Old Man and the Sea PDF at the link below.

the old man and the sea

Contact Publishing ran 300 copies of Three Stories and Ten Poems in 1923. The Paris printing shop would later realize it printed the first collections of short stories by an author who would be one of the most famous and influential writers in history. An inscribed copy is currently offered on AbeBooks for $125,000, where unsigned copies are priced at $35,000 to $55,000.

Read Three Stories and Ten Poems PDF at the link below.

Hemingway A Farewell to Arms

Set in the Italian campaign during the First World War I, Hemingway’s A Farewell to Arms was first published in 1929 and became the author’s first best-seller. The story is based on his own experience while serving on the Italian front as a volunteer ambulance driver. While serving in the Italian army, Hemingway was wounded and sent to a hospital in Milan.

A Farwell to Arms is a first-person account, and the title of the book is from a poem by the 16th-century writer, George Peele. The first edition print run was approximately 31,000 copies and was the first big payday for Hemingway as a writer.

Read the entire ‘A Farewell to Arms’ PDF at the link below.

a farewell to arms

Now we’re getting into the big-time books when you consider a first edition Hemingway. The book everyone knows and seems to love. The Sun Also Rises is one of the most famous novels ever written and surely one of the most sought-after first edition books. Published in 1926, the book describes a group of American and British expatriates traveling from Paris to the Festival of San Fermin in Pamplona for the running of the bulls. One Hemingway biographer describes The Sun Also Rises as “Hemingway’s greatest work.”

The book was published by Scribner, who printed the novel on October 22, 1926. The first edition printing run totaled 5,090 copies with a sale price of $2.00 each. The incredibly low production volume for the world-famous book makes it one of the most expensive first edition books from the early twentieth century. By 1983, The Sun Also Rises had been in continuous print since its first publication and would end up being one of the most translated books in the world.

Read The Sun Also Rises PDF in the link below.

Hemingway’s life is fascinating, to say the least. If you ever find yourself near his birthplace in Oak Park, Illinois, there’s a museum I would recommend visiting. You can see that even in High School, Hemingway had dreams of writing great stories. As he made his way to his first job working as a reporter for The Kansas City Star when he was just 17 years old, he learned the meaning of storytelling.

As he moved on to the Toronto Star as a writer, he began experimenting with pseudonyms. Nonetheless, readers were able to discern his unique voice because of his knack for using dialogue. He moved to Paris where he worked as a foreign correspondent at the Toronto Star. Later, he would famously say Paris was where “the most interesting people in the world” lived.

Some of his most popular novels were written in Paris. But it was not just the novels he gained in Paris, it was also the personal experiences that would shape the rest of his life. Some of his best books would reference his time in Paris.

The ‘Complete Short Stories of Ernest Hemingway’ is a collection of short fiction including “The Snows of Kilimanjaro,” “A Clean, Well-Lighted Place,” and “The Short Happy Life of Francis Macomber.” The American novelist had a strong influence on 20th-century fiction. Many of his books incorporate ideas from his own life. Intertwining the true story of how he experienced the world into memorable characters was what made Hemingway’s work memorable.

There’s Plenty of Options With Hemingway

If your dream is to own an Ernest Hemingway first edition book someday, you have plenty of options. Hemingway fans have no reason to think the dream is out of reach. Even though you might see The Sun Also Rises selling $200,000, there are other choices.

Other great first edition Ernest Hemingway books are selling for just a few thousand dollars and might have just as much or even more meaning than his most famous works. Hemingway fans, don’t give up on the hunt. Owning your own piece of literary history is possible.