You don’t need to buy high-performance racing cars to have a good investment vehicle. Sometimes, the best investment cars turn up in the least expected places.

Collectible cars with solid valuations are not always the most expensive. You would be surprised to see what cars performed best of the last few years.

According to the Hagerty Price Guide for used vehicle sales, there were many winners and losers in 2017. Top performers include the 1992 GMC Typhoon with an average price gain of 37%.

The 1966 – 1977 Ford Bronco had a solid year with a 33% gain. Later year Bronco’s were also very popular along with similar vehicles like the Chevy Blazer, Jeeps, and International Scouts.

The bottom performing investments were the 1963 – 72 Mazda Cosmo sports car with an average price decline of 20%.

The 1974 – 90 Lamborghini Countach also declined last year after several years of overheating values. Making matters worse for the Countach, demand has waned a bit in the exotic cars sector as a whole.

Rounding out the price declines were the 1963- 67 Mercedes Benz 230 SL, where prices eased roughly 17%. Many Mercedes-Benz coupe models saw price declines after significant run-ups in the previous years.

Which Classic Cars Are Good Investments?

But first, why don’t we look at the top ten performing classic cars over the past year?

Which Classic Cars Should I Buy Now?

Most people would say cars lose value over time, so they can’t be considered investments. That’s a correct statement for some cars. But you can’t use the statement for every car. The most valuable car of all time just sold for over $150 million. That’s a hefty price gain from what the car was valued way back in 1953.

So just like anything else you might buy, it really depends on the price you pay. And what you bought. A new car might depreciate for a few years before leveling out and holding its value extremely well over the next 10 years of its life.

Now that we have that out of the way, let’s get to a few recommendations. In no particular order, consider these options when thinking about best investment cars. Remember that condition of the actual vehicle is one of the most important factors in valuing cars, so be sure to do your homework before you purchase.

You might not win many drag races with a few of these recommendations, but that’s not the point. You didn’t ask me to list the ten fastest cars in the world.

And they may not be the most beautifully designed cars either, but again, the point is to find value and buy vehicles that have the potential to appreciate.

After that, you might want to consider buying a used car that has the potential to turn into a future classic. That’s a much harder task, but it will pay off if your car is suddenly in high demand by collectors ten years from now.

You’ll never know until it happens, but here’s how to hopefully spot a future classic car.

How Do You Spot a Future Classic Car?

What’s the secret to buying future collector cars for the long term? The secret is to remind yourself that nobody knows the future. So use your own head and make a guess of your own – that’s what everyone else does!

So what investment vehicle might have value ten years from now? Think about a strong classic car market brand that’s been around for decades. Chevrolet Corvette, BMW M3, Dodge.

Now think about a model that’s been ignored for a few years. Maybe it’s been replaced by the next-greatest model and has fallen out of favor. That doesn’t mean that is forgotten forever. It could come back. Think mid-2000s Aston Martins. 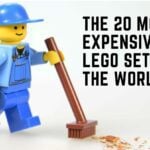 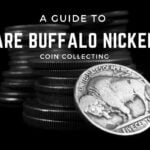 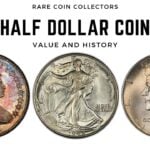 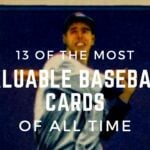