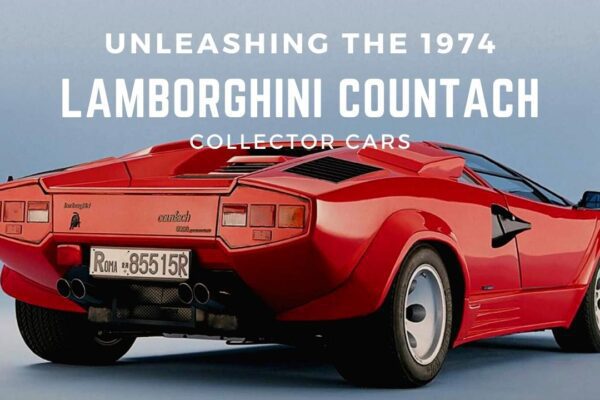 Riding the success of the Lamborghini Miura of the late 60s, Ferruccio Lamborghini faced a growing concern. The competition was fierce, and it was time to raise the stakes.

He knew it was not a time to be timid; a bold new model was essential.

Ferruccio unleashed his dream team of designers and engineers to embark on the LP112 project, later named “Countach,” which would propel the company to new heights and continue to push the boundaries of the iconic supercar brand.

1974 Lamborghini Countach, The Name Says It All

Most Lamborghini models are either named after famous bulls or have a name that can be traced to bullfighting culture in some way.

For example, the Lamborghini Miura was in reference to the Spanish fighting bull, bred from the Miura Cattle Ranch.

The ranch was owned by Ferruccio Lamborghini’s friend, Don Eduardo Miura. Another popular model, the Aventador, was named after a fighting bull in Spain.

Luckily, there’s an inside source who can shed light on how the Lamborghini Countach’s name came to be.

The car designer, Marcello Gandini, described one of the workers on the design team who spoke nearly all Piedmontese, which is a language sounding more like French than Italian. The man worked around Gandini and had a favorite word, “Countach.”

It’s a great word, “Countach.” The word originated from the province of Piedmont, an area of northwestern Italy bordering France and Switzerland.

Usually used as an expletive and commonly written in English with an exclamation mark. There is no literal translation to any other language from Piedmontese for the word “Countach.”

The word conveys a sense of startled astonishment or wonder with a touch of slight concern.

After long hours into the night designing the car, week after week, Gandini and his team started using the word as a joke in an effort to keep up morale. The term stuck, and the Countach was born.

The Lamborghini Miura was a hit. By the late 1960s, Ferruccio Lamborghini was ready to take his company to the next level with a new and exciting model to build on Miura’s success.

He tapped Marcello Gandini of Bertone to design a new concept that would include a more angular geometric design. Gandini had already unveiled similar wedge-shaped concept cars for Lamborghini competitors, including the mostly-forgotten Lamborghini Espada.

Gandini unveiled the Alfa Romeo Carabo at the 1968 Paris Auto Show and the Lancia Stratos Zero during the Turin Motor Show in 1970. He was ready to make a few iterations and give Ferruccio what he was looking for.

The first prototype must have left people wondering if the car had come from outer space. There were so many unique features in the Countach design, many of which were not apparent at the first glance.

Prototypes were designated with an “LP,” which was an abbreviation for “longitudinale posteriore,” meaning the engine placement was not in the front of the car but behind the driver, a concept unheard of at the time.

Building a car that looked like it might have landed on Earth from another planet meant constructing it with new design techniques never before attempted.

While Gandini attempted the incredibly daring “scissor doors” on the concept car he designed on the Alfa Romero Carabo coupe, it was perfected on the Countach. Gas struts assisted the smooth opening of the doors as they raised and lowered.

The third prototype was ready for the 1974 Geneva Motor Show and was the first model produced entirely inside the Lamborghini factory.

The Countach’s top speed was 170 mph in 1974. That doesn’t sound as fast today, the Koenigsegg Jesko Absolut, the fastest production car in the world, hit a top speed of 310 miles per hour.

On the original LP400 model, the rear-wheel drive V-12 engine produced 370 horsepower on Pirelli tires. It was the first time a supercar built for the street had the engine positioned behind the driver’s seat.

The engine had 6 Weber carburetors and 48 valves with four valves per cylinder. The clutch and gearbox are in front of the engine. Air-conditioning and a 5-speed manual transmission were standard.

Among many first-time design feats, the 1974 Lamborghini Countach was nicknamed “Periscopo” due to the periscope-type rear view mirror looking back over the top of the car.

Later, the LP400 S Countach model included a downgraded engine. Then, three more models in the 1980s with the LP500 S, and the Lamborghini Countach LP5000 Quattrovalvole.

Finally, the Lamborghini Countach 25th Anniversary Edition was released in 1988.

With the 25th Anniversary Edition came the introduction of new lightweight materials and interior upgrades introduced by Horacio Pagani.

Many credit the cleaner, lighter, updated version of the Countach by Pagani saving the car from drifting into obsolescence.

Although 1974 Lamborghini Countach LP400 values have soared over the decades following its successful release, recent prices have lagged behind various other models.

One place I like to watch for high-end car values is the fractional share investing platform Rally. They feature a 1980 Countach Turbo Coupe that I’ve been watching carefully lately.

The sports car has recently been valued at $400,000, after initially being offered at a value of over $600,000. If you feel like the Countach heritage will be stronger than ever in the coming years, now might be a good time to pick up a few shares on Rally.

This is an incredible video clip from the news show, “60 Minutes.” Back in 1987, cameras followed the Lamborghini founder and top designers around Italy while discussing the Countach and its ground-breaking design.

It’s an unbelievable trip back in time when the Countach was one of the most amazing machines anyone had ever seen. Just as the name describes, the “Countach” first sight left people stunned, surprised, shocked, and bewildered.

How Much Was the Original Sticker Price for the Lamborghini Countach in 1974?

Back in 1974, the original sticker price for the Lamborghini Countach LP400 Periscopo model was $52,000.

Check out the actual sticker from Meadowlands Car Imports in New Jersey. With listed options, the 1988 Countach LP5000 Quattrovalvole retailed for $144,000.

After an amazing run, the Countach paved the way for the Lamborghini Diablo in 1990, then the Murcielago, Aventador, and several other successful supercar models.

The Fastest Production Cars Since the 1974 Lamborghini Countach 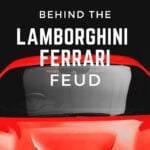 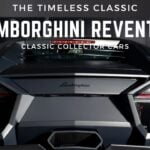 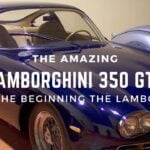