Do you know your Presidential Dollar coins value and history? Do you have a few Presidential coins laying around, and thinking about selling? Maybe you need ideas for the next addition to your collection.

Look no further than the historic Presidential Dollar coins.

The Presidential Coin Program, more formally known as The Presidential $1 Coin Act (Public Law 109-145), was signed into law on the 22nd of December in 2005 by former President George W. Bush.

Not just any silver coins, of course; these were the Presidential dollar coins.

The United States Mint was instructed to start with the very first president, George Washington, in January of 2007 and continue up the line in the order that each president served in the White House.

Another rule was that the former president would be deceased for at least two years before the proposed issuing date.

Timothy F. Geithner declared the U.S. Mint stop minting and circulating the presidential coins and hand the baton over to the Federal Reserve Bank.

This was due to a decline in public popularity and huge stockpiles accumulated in Federal Reserve vaults.

The stockpiles were so large, over $1.4 billion worth of Presidential dollar coins were held. The Treasury Department ruled that halting the Presidential $1 coin program would save taxpayers $50 million per year.

As a result, from 2012 to the end of the program in 2016, a small number of new commemorative Presidential coins were minted primarily for coin collectors only.

The presidential U.S. coins have become more appreciated and valued by coin collectors and Numismatics as time goes by, and the trend looks likely to continue.

The program’s goal was to drastically improve the design of the $1 coin and create aesthetically beautiful coins that would both honor the former presidents and regenerate interest in coins as beautiful collectibles.

The Presidential $1 Coins were aesthetically different from other $1 coins in the following ways:

The Presidential golden dollar series coins were made by the millions and didn’t circulate much, both of which mean they are in good supply and are not particularly rare.

Generally, prices are face value for each gold coin. Although there are a few exceptions that increase a coin’s value dramatically.

Three coins are more valuable than the rest. As usual in the coin collectible market, this is because of errors on the coins, making them unique.

However, it’s important to note these are often counterfeited. Be sure to do your homework and get a professional to evaluate before you pay a dealer and add to your coin collection.

U.S. Mint marks differentiate the various coins, with three mints being used to produce the coins. The first letter of the City is stamped as a mintmark on the edge of each coin.

James Buchanan was the oldest of 11 siblings and was a successful lawyer before running for president in 1857. Two days after his election, the Supreme Court issued Dred Scott, which legalized slavery, and sent the country toward civil war.

Buchanan’s presidential coin issued in 2010 includes an error with missing edge lettering. Graded examples of the Buchanan error coin can be valued at over $300.

How Much is the Abraham Lincoln Dollar Coin Worth?

A self-taught lawyer born into a poor family, Abraham Lincoln played a vital role in the history of the United States. As the 16th U.S. President, Lincoln delivered the Gettysburg Address and authorized the Emancipation Proclamation.

After a distinguished career in the military that included the role of supreme commander of troops invading France on D-Day, Dwight D. Eisenhower retired from the military and ran for president of the U.S.

Taking the oath of office in 1953, Eisenhower Established the Department of Health, launched the first atomic submarine and signed the 1957 Civil Rights Act.

His Presidential coin was struck at the Philadelphia Mint and has a high value of $150 for a PCGS MS67 graded example.

B.U. Rolls, otherwise known as Brilliant Uncirculated Rolls, are minted at the Philadelphia and Denver mints.

You can purchase unopened rolls directly from the mint, at a bank, certain financial institutions, or coin shops and online stores.

The US Mint also sells Presidential Dollar bags, including 250 coins per bag in circulation quality.

George H.W. Bush went skydiving for his 75th, 80th, 85th, and 90th birthdays. He disliked broccoli so much he banned the vegetable from Air Force One, and he was knighted by Queen Elizabeth in 1993.

After being shot by an assassin, he continued to deliver a speech, where he began, “Friends, I shall ask you to be as quiet as possible. I don’t know whether you fully understand that I have just been shot.”

Thomas Jefferson loved ice cream, kept a pet mockingbird, and in his spare time, authored the Declaration of Independence.

The first president to ever live in the White House was John Adams. He live to be 90 years old, and died on the same day as Thomas Jefferson.

Half Dollar Coin Hunting and Values 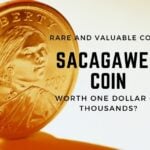