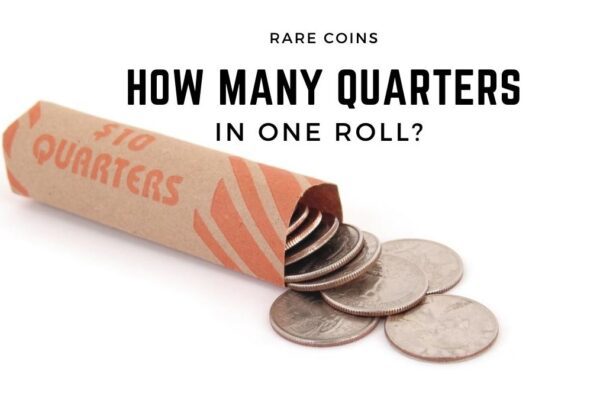 Coin collectors just starting out wonder how many quarters in a roll?

If you want to become a legendary coin collector, you need to familiarize yourself with coin rolls, why they are important, the face value of each coin roll, and how to manage them.

Number of Quarters in a Roll

How Many Quarters in a Box?

Transfering rolls of quarters is easy if you only have a handful. But the Federal Reserve Bank and U.S. Mint handle millions of quarters every day. For this job, rolls are combined into quarter boxes.

Where do Coin Rolls Come From?

Coins are minted at the United States Mint, and the coinage is distributed to banks by the Federal Reserve System.

Coin rolls are simply an easy way to manage the millions and millions of coins throughout the banking system. Standardized rolls in specific denominations help sort, stack, track, and deliver coins around the country.

Every day, coin rolls are transferred back and forth between banks and the Federal Reserve to guarantee the money supply is there for individuals and businesses who need it.

The United States Mint packages new quarters in rolls as soon as they are minted. The freshly minted uncirculated quarters are packaged in large bags and transported to distribution centers.

Coin collectors might imagine a small bag with a few rolls of quarters inside. This is not what the Federal Reserve Bank has in mind when transporting the country’s currency.

These bags are much larger than you would imagine. A bag of quarters from the US Mint includes 80,000 quarters worth $20,000 per bag. Each bag weighs over 1,000 pounds and requires a forklift for loading into the armored truck.

We’re not sure who used coin rolls first, but we know who invented the first machine to wrap coins in a roll.

Sorting, counting, and transporting individual coins started to overwhelm banks in the early 1900s, so the coin wrapping machine was quickly accepted as the standard practice around the country.

Evidence of coin rolls goes back much further than Batdorf’s coin wrapping machine. Coins found in shipwrecks were stacked and arranged in rolls. While the paper had disintegrated in the ocean, it was clear that managing coins by the roll was common practice hundreds of years ago.

Where can I get Rolls of Coins?

The best place to get rolls of coins is at your local bank. They will have plenty of supply for any coin you’re looking for, and if they don’t, they can order them through the Federal Reserve.

There are several different ways to choose the type of bank for your coin rolls. Some coin collectors recommend small or mid-size banks because their coin rolls are collected from individuals.

Other coin collectors recommend larger banks in big cities, where there’s more supply of coin rolls and no chance of anyone sorting through them due to the enormous quantity. You can also exchange your dollar bills for coin rolls at convenience stores, credit unions, laundry mats, arcade games, or local grocery stores.

One Roll of Quarters – How Many Quarters in a Roll?

How Many Quarters in a Roll? There are 40 quarters in one roll.

Number of Coins in One Roll

Here’s an easy guide for the most common coins and their value for each standard roll.

What is a Shotgun Coin Roll?

A shotgun coin roll is simply a full roll of coins created and sealed by a machine.

The term “shotgun” doesn’t mean the roll was unsearched, so don’t let anyone try to pass off shotgun coin rolls as unsearched. The term shotgun roll is applied to any denomination; it’s just referring to the paper roll the coins are packed in.

Shotgun rolls have exposed ends, showing the face of the coin rather than wrapping the paper around the entire end of the paper coin rolls.

Where Can I Buy Coin Wrappers?

Coin roll wrappers are sold in two formats. A flat wrapper and a pre-formed tube-style wrapper. Flat coin paper wrappers cost about $9 for 400, only 2 cents each.

But flat paper coin wrappers will take much more time to wrap your coins. Pre-formed wrappers are sold already crimped on one side.

You can buy a pack of 100 pre-crimped coin wrappers for $7 at almost any big retailer.

Step Your Game Up With a Coin Rolling Machine

It doesn’t matter what type of coin you have, simply pour mixed coins into the change machine hopper, and you’re ready for a trip to the bank in no time.

How Does Coinstar Work?

If you decide not to invest in your own coin rolling machine, there are other options. You can find a Coinstar machine and simply pour your loose change and coins into the machine.

Coinstar instantly counts your coins and gives you the value of their change. Then quickly pays out an eGift Card or cash on the spot. Find a Coinstar near you with this Find a Kiosk link.

Rolls in a Box of Coins

Maybe you’re just starting out, and still learning about currency, coins, money, and how to count it. Here’s a brief explanation on U.S. coinage

If you want to find rare coins in a coin roll, here’s a tip. Ask for small amounts of rolls from banks. When you only ask for $5 – $10 worth of pennies at a time, you will most likely get customer wrapped rolls.

Customer wrapped rolls are important because they often include coins that might not have circulated in years or even decades. It’s the best way to find coins that haven’t been examined in a long time.

Here’s another tip. Get to know your local bank teller. Ask them if they have received any older coin rolls recently. Sometimes bank tellers will give you the inside scoop, and let you in on the coin rolls that are perfect for prospecting.

When coin roll hunting for silver quarters and silver coins worth money, remember to check the coin rims first.

Old coins minted with 90 percent silver won’t have a brown or orangish color around the rim of the coin. With a quick inspection of the rim, you can detect a copper-nickel coin rather than a silver coin.

Search Coin Rolls for These Coins

If you’re just getting started as a numismatist, (coin collector) here’s a few helpful tips for searching coins. Once you have the basics, you can begin deep-diving into obscure error coins, rare release coins, and limited edition coins.

Don’t forget the number one golden rule of coin collecting – have fun!

Penny – Wheat pennies dated 1958 or before are generally worth more than more recent wheat pennies.

Nickels – 35 percent silver nickels dated from 1942 to 1945. Keep an eye out for a large mint mark above the building on the reverse side. 1950-D Jefferson nickels are also valuable in uncirculated conditions.

How Much Does a Quarter Weigh?

How much does a quarter weigh? That depends on what quarter you have in your hand. Just like most things over the last 200-plus years in the United States, the weight of the quarter has changed a few times.

The Modern Quarter, 1965 to Present

The “clad sandwich” quarter was changed to mostly copper quarters because precious metals such as silver increased in price.

Going back to the beginning of the United States in 1792, the federal government passed the Coinage Act established rules and guidelines for the country’s currency. The Coinage Act enacted the U.S. Dollar and laid out terms for coin denominations, including the quarter.

Depending on the series of the quarter, it will have different weights.

This includes all Barber quarters, Standing Liberty quarters, and all silver Washington quarters.

The 1941 Nickel Value and History 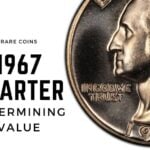 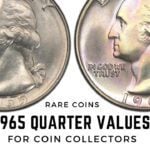 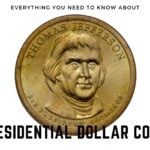