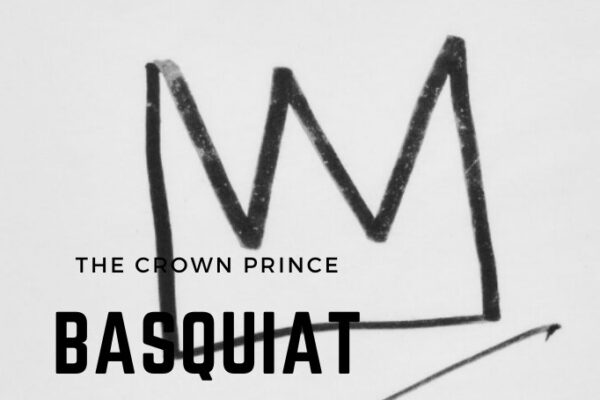 One of the hottest burning flames of creativity roared through New York City during the 1980s. Although the Basquiat Crown Prince has been gone for over thirty years, he’s never been more relevant than he is today.

He was an artist determined to make his mark on the world by any means necessary. And he achieved his goal as a legendary artist.

His secretive and mysterious persona launched him to the top of the New York City art world in just a few short years.

Some would call Jean Michel Basquiat a savant, a renegade, or even an enigma. His time was short, but his impact on the art world and the people closest to him will last forever.

Basquiat began his art career with a can of spray paint and his friend Al Diaz. The duo would write thought-provoking slogans around Lower Manhattan and tag the writing with “SAMO,” meaning “same old shit.”

The graffiti caught the attention of a local newspaper, The Village Voice, which eventually featured a story about the mysterious SAMO artist.

Jean Michel Basquiat discovered how powerful it could be to gain attention by creating mystery and intrigue with the press. The clandestine street activity paid off, and his gutsy graffiti and water resistant street art began to creep into the city culture

The Rise of Basquiat

Jean Michel wanted to become a legitimate artist instead of a graffiti artist on the sapid streets of New York but wasn’t sure how to make it work.

His transition from graffiti art to canvas painter would be a rocky road. Initially, he lived in a Manhattan park or stayed with friends who allowed him to crash on their couch.

He was broke and couldn’t even afford a canvas to paint on. He was determined to make his way on his own terms. Although the option existed to go back to living with his Dad, Jean Michel stayed out on the streets of Manhattan by any means necessary.

It didn’t take long for Basquiat to make friends with influential people who saw his painting gift. He was given canvases to paint on and, shortly after, a place to paint.

It was all he needed to begin an epic career that seemed to take off like a rocket almost immediately.

He would become friends with Andy Warhol, a significant figure in not just the art world but all pop culture at the time.

As Andy Warhol’s best friend, Basquiat gained notoriety and a way into the spotlight by showing his amazing talents.

Eventually, Jean Michel would begin to produce an epic amount of paintings catching many local art buyers’ attention. He would become a prolific painter over the next few years, creating over 1,000 paintings and drawings.

A Basquiat crown began to appear in his creations, highlighting his knowledge of the history of fine art.

Artist Francesco Clemente explained the Basquiat crown motif in this way, “Jean Michel’s crown has three peaks, for his three royal lineages: the poet, the musician, the great boxing champion.

Jean measured his skill against all he deemed strong, without prejudice as to their taste or age.”

At just the age of 21, he painted ‘Red Kings,’ On the left side of the canvas shows what appears to be Basquiat with a crown over his head.

We know the figure to be Jean Michel because of the “B, Q, S” depicted over the figure.

Other interpretations of the crown say it portrays Basquiat himself as a king and his association with people he considers kings.

The Greatness of Basquiat

It’s also thought that the crown is an important symbol because of Jean Michel’s incredible ambition to be great, constantly measuring himself to other artists and almost competing for his place on the podium of greatness.

One inspiration for Basquiat’s paintings was the show, “The Little Rascals.” The producers of the show, “King World Productions,” used a crown as their logo.

At the end of every Little Rascals episode, a sketched crown appears on the screen along with the King World production company name.

There’s much speculation the young artist used the simple design of the crown image from his favorite TV show as a child.

Some speculate Basquiat’s crown was to depict black men as kings and saints. He attacked many things about western culture, and the American artist was known for speaking out about social injustice and hypocrisy.

The use of the crown could signify where he believed more of society’s attention should be focused.

The Basquiat Crown is amazing for its numerous meanings and interpretations. Nowadays, it’s recognized in popular culture as “Basquiat’s Crown,” but back in the 1980s, it was a symbol that provoked several deep emotions.

The social statement of the Crown was well understood. The divide between rich and poor began to widen like never before in history. Markets boomed and Wall Street was in style, while the poor and hungry scattered around the city of New York. Basquiat was able to read the growing trend of the “have’s” and the “have nots.”

Basquiat was not just about promoting social issues and injustice. He was also about self-promotion. He wanted to be one of the great artists, like Warhol or Pablo Picasso.

His Crown motif was often over his own head in his works.

Showing his ambitions to not just be in the majesty of his heroes, but to be the king of them all. The symbol of the crown struck a social nerve and promoted the great artist in a personal way like no other symbol could.

This was one of many acts of the artistic genius of Basquiat.

Master Marketing of the Basquiat Crown

One thing is certain about Basquiat; he recognized the incredible power of slogans, marketing, and making a lasting impression.

From his early graffiti days of tagging Manhattan buildings with the “SAMO” designation along with a circled “C” for copyright, he was intent on making bold statements through his art.

He recognized this again with the crown, where powerful symbolism included so many different cultural meanings that he could apply, manipulate, and exploit in his works.

Some of Basquiat’s work would feature a crown of thorns, where his bold use of color vaulted him to the top of mainstream postmodernist art.

When Basquiat was only twenty years old, he created one of his most famous works of art that portrays a vibrant human skull, which seems easy to understand at first glance.

Like much of Basquiat’s work, look closer at the untitled painting commonly referred to as the “Skull,” and you will find much more obscured meaning.

One theory behind the piece’s meaning is the intense pressure of becoming increasingly successful and the demands to produce great works.

Although the skull is a recognizable symbol, Basquiat presented no clear answers when questioned about the painting’s meaning.

Many of his pieces were created featuring deconstructed human figures referencing the book he read as a child.

He was given a copy of Gray’s Anatomy by his mother while in the hospital, recovering from getting hit by a car while playing in the street when he was eight years old.

The book included detailed illustrations of the human body from the bones, tissue, muscles, and organs. Basquiat remarked many times how the book made a lasting impression on him for the rest of his life.

People close to Basquiat have said how this particular piece was labored over for many months, while most of his other work was completed in only days or even hours.

As he became well known for his raw gestural style of painting, demand for Basquiat’s works began to pick up steam in the art community.

Created in 1982, the untitled painting broke a record for the highest price ever paid for Basquiat’s work when a bidder agreed to pay $57.3 million in 2016.

Nearly one year later, a Basquiat painting would smash that record when a Japanese billionaire, Yusaku Maezawa, paid $110.5 million for another untitled, “Skull” painting.

The purchase by Maezawa at the Sotheby’s auction made the Jean-Michel Basquiat painting the most expensive by an American artist ever sold at auction.

The Struggles of an Artist

The famous masterpieces of graffiti-like images show the deep struggles of New York artist Jean-Michel Basquiat. He rose through a transition of graffiti art with raw gestural style, showing the rapid rhythm of big apple punk rock and raw style.

From the late 1970s to the late 1980s, the great artist became one of the most influential artists of the 20th century. He demonstrated his understanding of art history and city culture.

Jean Michel battled drug dependency through the final years before his death. Despite his attempts to overcome his addictions, Basquiat died on August 12, 1988, from a heroin overdose at his apartment in Manhattan. He was only 27 years old.

The estate of Jean-Michel Basquiat is now handled by his sisters, Jeanine Heriveaux and Lisane Basquiat. They took over the duties after Basquiat’s work was left to his father, who passed away in 2013.

Jean Michel wanted to become a star, and he achieved his goal. If he were still alive today, I’m sure he would be both shocked and pleasantly surprised by the ever-increasing interest in his life and the works he produced.

He marched to the beat of his own drummer, to say the least. Leaving over 1,000 drawings and paintings behind for so many to enjoy and remember his spirit.

Over the years, many art historians have debated the relevance of his work.

Some would say his works were overrated, and they proclaimed how they couldn’t understand the hype behind the young artist. Those critics have all been proven wrong and silenced once and for all.

Legacy and the Crown Significance

The passing years have only strengthened the legacy of Basquiat and cemented his name in history forever as a legendary artist.

A Pile of Crowns is a painting by Keith Haring dedicated to his friend, Jean Michel Basquiat.

The two were great friends, and after the artist’s death in the late 1980s, Harring wanted to memorialize the artist and did so with the crown symbol that he made world-famous. 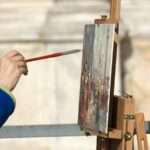 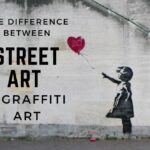 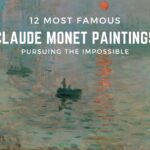