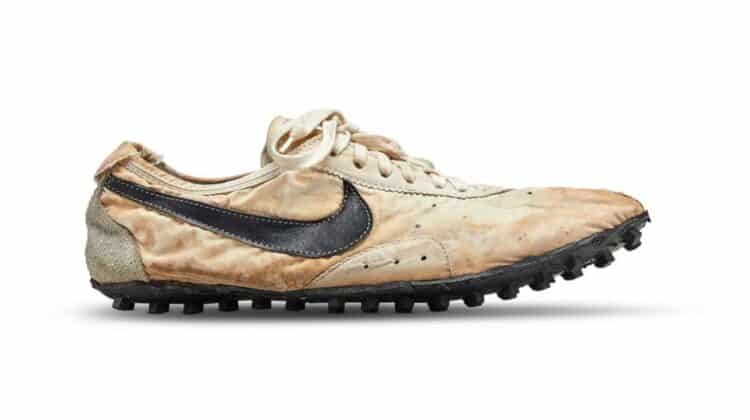 A pair of rare Nike sneakers sold at auction breaking a record for the highest price ever paid for a pair of sneakers. The 1972 Nike ‘Moon Shoe’ sold for $437,500 to collector Miles Nadal, who will display his collection in a Toronto museum. It’s the only pair known to exist in unworn condition.

“I am thrilled to acquire the iconic Nike ‘Moon Shoes,’ one of the rarest pairs of sneakers ever produced, and a true historical artifact in sports history and pop culture,” Nadal said in a statement after the sale.

Only 12 pairs of the Nike Waffle Racing Flat shoe were ever produced. Designed by Nike co-founder Bill Bowerman for his runners on the Oregon University track team and runners at the 1972 Olympic trials, the shoe featured an innovative sole. After using his wife’s waffle iron to pour rubber into a mold creating the prototype of the shoe, Bowerman and Nike would label the shoe as the Waffle Racing Flat, which gained popularity and helped put Nike on the map in the track and running world.