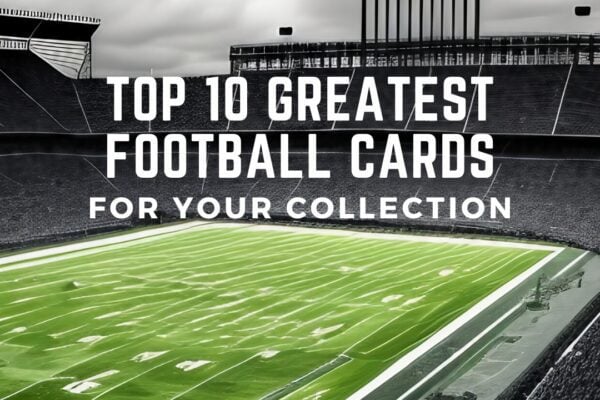 It can be a challenge to explain to some people how special some of the older football cards are. They just don’t understand the attraction of a tiny piece of cardboard with a faded-out photo on the cover.

Not only that, but they also cannot fathom these things would have actual value. Some great football cards can be worth thousands and sometimes hundreds of thousands of dollars.

Vintage football cards carry enormous sentimental value to those who collected and traded them as kids. Some are valued higher than a luxury car or even the house you live in.

Topps designed the 1965 football cards with a tall 4 11/16″ height and a 2 1/2″ width. On the backside, there’s a cartoon with comments referencing Namath’s performance during the 1965 Orange Bowl while he played for the Alabama Crimson Tide.

Broadway Joe made the guarantee heard around the world that his New York Jets would defeat the Colts in Super Bowl III.

Namath is considered one of the all-time greats ever to play the game and one of the most popular players in history.

A common issue with finding a good condition Joe Namath rookie card is the size. The “tall boy” sizing meant kids were more likely to dent the corners and edges of the card.

A common issue for many old sports cards is the centering, which was not focused on during card production back in the day.

The 1935 Bronko Nagurski card is the most valuable football card out there. It’s nearly impossible to find a card in good condition.

Bronko was a charter member of the NFL Pro Football Hall of Fame in 1963. One of the toughest players of his day.

One opposing player, Steve Owen, of the New York Giants, once said about Bronko, “The only way to stop Nagurski is to shoot him before he leaves the dressing room.”

Bronko would win two NFL championships in his career and go down as one of the greatest players ever.

The Pittsburgh Steelers cut Johnny Unitas in 1955. Luckily he was given a second chance with the Baltimore Colts the following year, and the rest is history.

Over his incredible career, he would own almost every record kept for a quarterback. He was MVP three times and selected to the pro bowl ten times.

In 1979 he was inducted into the Hall of Fame as one of the greatest quarterbacks ever to play the game.

As with many great football cards, the 1957 Topps Johnny Unitas is extremely rare in good condition. Values have skyrocketed for the PSA 9 cards with only eight known examples.

The Jim Brown rookie card is another one of my personal favorites. The front layout of the card is clean and well proportioned.

One of the greatest athletes in NFL history, Jim Brown was selected to the Pro Bowl every year he played.

Over those nine seasons, he averaged 5.2 yards per carry which is still a record today. He was inducted into the Hall of Fame in 1971.

Jim Brown became the NFL’s all-time leading rusher after only nine seasons with 12,312 yards. Brown was trying his hand in the acting world leading up to the 1966 season.

The movie he was filming at the time, “The Dirty Dozen,” caused him to miss the beginning of his team’s training camp.

Team owner of the Cleveland Browns, Art Modell, decided to fine Brown $1,000 for every day Brown was late joining the team in training camp. Jim Brown decided to retire rather than pay the fine so he could continue his movie commitments.

After 13 years as a running back in the NFL with the Chicago Bears, Walter Payton finished with 16,726 yards making him the all-time leading rusher.

Two-time league MVP, nine-time Pro Bowl selection, and hall of fame inductee in 1993. One of the most incredible stats in the history of the sport, in my opinion, is that Walter Payton only missed one game in his entire career.

The missed game occurred in his rookie season. After that, he played in 186 consecutive games.

This fact will hold down the value of the lower-rated Payton cards to just a few hundred dollars. Nonetheless, it’s still one of my favorite cards.

Anyone who remembers watching Walter Payton play will know why.

Bart Starr is one of the most popular Green Bay Packers ever. He led his team to two championships and won MVP awards in Super Bowls one and two.

Star moved into coaching after his career, then selected into the football hall of fame in 1977.

There are only three cards with a PSA 9 rating and none with a 10 rating, making the Bart Starr one of the most valuable football cards of the vintage era.

A 1981 Topps Joe Montana rookie in good condition is a staple for any football card collection.

The production numbers were much higher in the 1980s for Topps football cards compared to the 60s and 70s, but this card remains a favorite for collectors.

The 1981 Topps Joe Montana rookie card is not the most difficult card to find or the most expensive card. But it remains one of the most recognizable images in card collecting.

After winning a National Championship at Notre Dame, Montana led the San Francisco 49ers to the playoffs in 10 of the 14 seasons.

He won four super bowl championships and was MVP in 3 of those games.

I would be crazy not to include Barry Sanders in my list of great football cards. The value for a PSA 10 rated card is only about $1,000.

Compare this to the other cards on this list, and you will wonder why you need this card in your collection.

The main reason any football card collection should have this card included is because of the player himself.

Football fans can only wonder what Sanders would have done to the record books if he continued playing longer. He abruptly retired after only ten seasons.

There are over 1,700 PSA 10 Barry Sanders 1989 Score cards. Lower graded cards sell for under one hundred bucks. If you don’t have it already, I would suggest adding this card to your collection.

The 1966 Dick Butkus rookie card is challenging to find in good condition. There are zero PSA 10 rated cards and only eight PSA 9’s, one of which recently sold for over $30,000.

The 1933 Sport Kings Jim Thorpe card is pretty amazing. Only four PSA 9 rated cards exist, making it one of the rarest football cards out there.

Jim Thorpe is known as one of the best all-around athletes in sports history. He won 2 gold medals in the 1912 Olympics in the decathlon & pentathlon.

Not only that, but he also played pro basketball and pro baseball part-time.

As a football player, he dominated the competition. His 1933 Sport Kings card is a sought-after NFL card and is a top 10 most expensive NFL card in the world.

Peyton Manning led the Indianapolis Colts to two Super Bowl rings and led the Denver Broncos to two rings. He was the first pick in the 1998 NFL draft and was named Super Bowl MVP.

The 1998 Playoff Contenders autographed ticket card is his most valuable. Only six have reached the PSA 10 graded level.

If you’re a collector deciding to add to your football card collection, some of the high prices for recent auctions might have you thinking the best cards are becoming unattainable or overpriced.

While this might be true for the top PSA-rated cards in excellent condition with a 9 or 10 rating, lower-rated cards are still attainable.

Consider adding a few of these legendary football cards to your collection when the time is right.

If your budget doesn’t allow for the highest PSA-rated card, consider a near-mint example. There’s nothing wrong with buying an affordable version of your favorite card to add to your collection. 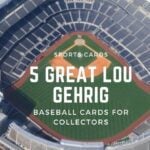 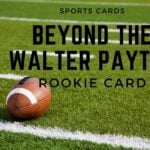 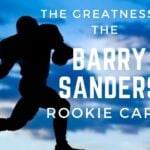 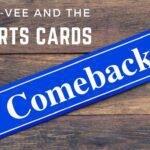