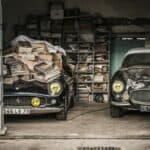 There are many reasons people search for lost treasure. Some seek fortune and fame, others seek answers to histories unanswered questions. The quest for uncovered treasures continues just as it has for thousands of years. Here's some of my favorite stories behind 19 amazing treasures discovered. The Caesarea Sunken Treasure Divers in the Eastern Mediterranean found … END_OF_DOCUMENT_TOKEN_TO_BE_REPLACED 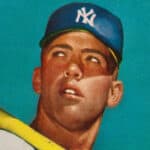 The fractional ownership company will offer their 1952 Mickey Mantle Topps baseball card today on the app. This will be the first offering from the company which is not a collector car. The company has planned to offer memorabilia, whiskey, wine and art and today marks the beginning of their expanded offerings. 1952 Mickey Mantle Topps baseball card The '52 … END_OF_DOCUMENT_TOKEN_TO_BE_REPLACED 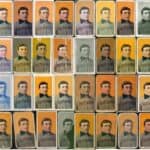 A look at the most valuable baseball card of all time, the Honus Wagner T206. Nearly 200 Honus Wagner T206 cards were produced back in 1909 by the American Tobacco Company. Honus Wagner, known as one of the greatest shortstops to ever play the game, was one of the first five players to be inducted into the baseball hall of fame. He's part of a legendary crew along side Babe … END_OF_DOCUMENT_TOKEN_TO_BE_REPLACED 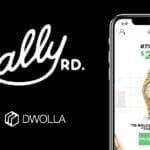 The fractional ownership collector car company is expanding their offerings into a broader range of collectible assets. Rally Rd will be offering a Honus Wagner T206 baseball card, a Rolex 5100 and a first edition Harry Potter and the Philosopher's Stone later this summer. Check the app for details on the initial offerings coming soon. Today we’re excited to announce that … END_OF_DOCUMENT_TOKEN_TO_BE_REPLACED 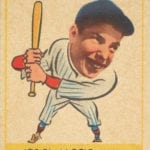