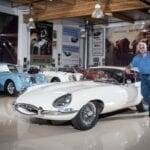 At last count, Jay owns 286 vehicles in his collection worth over $50 million. Some of the world's rarest and unique vehicles are included in his "Garage," which is actually multiple airplane hangers at a nearby airport in Burbank, California. Jay's Garage became so well-known for his car collection that he decided to start producing videos to share on his YouTube channel, "Jay … END_OF_DOCUMENT_TOKEN_TO_BE_REPLACED 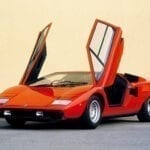 Riding the success of the Lamborghini Miura of the late 60s, Ferruccio Lamborghini faced a growing concern. The competition was fierce, and it was time to raise the stakes. He knew it was not a time to be timid; a bold new model was essential. Ferruccio unleashed his dream team of designers and engineers to embark on the LP112 project, later named "Countach," which would propel … END_OF_DOCUMENT_TOKEN_TO_BE_REPLACED 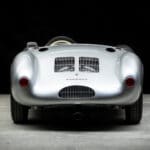 In 1953, the newly designed Porsche 550 Spyder won the first race it entered. After getting introduced at the 1953 Paris Auto Show, the Porsche 550 Spyder was the first to cross the finish line at the Nurburgring Eifel Race just a few months later. The machine was built with auto racing in mind, and speed was the priority. The Iconic 1955 Porsche 550 Spyder captivated racing … END_OF_DOCUMENT_TOKEN_TO_BE_REPLACED 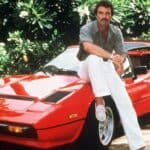 The Magnum PI Ferrari is possibly one of the coolest Ferrari models ever made. It's not the most expensive. It's not the fastest. But it was driven by one of the coolest characters to ever star in a T.V. series. For nearly eight years, Tom Selleck, as the private investigator Thomas Magnum, sped through Hawaii, driving the Ferrari 308 GTS Quattrovalvole, fighting crime, and … END_OF_DOCUMENT_TOKEN_TO_BE_REPLACED 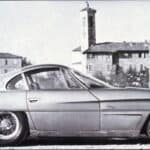 An engine designed by Giotto Bizzarini, a body designed by Franco Scaglione, and the entire process of design and development overseen by chief engineer Gianpaolo Dallara. The 1963 Lamborghini 350 GTV was the prototype from a brand that would take supercars to the next level. The 1963 Lamborghini 350 GTV was introduced to the public at the 1963 Turin Auto Show with both … END_OF_DOCUMENT_TOKEN_TO_BE_REPLACED